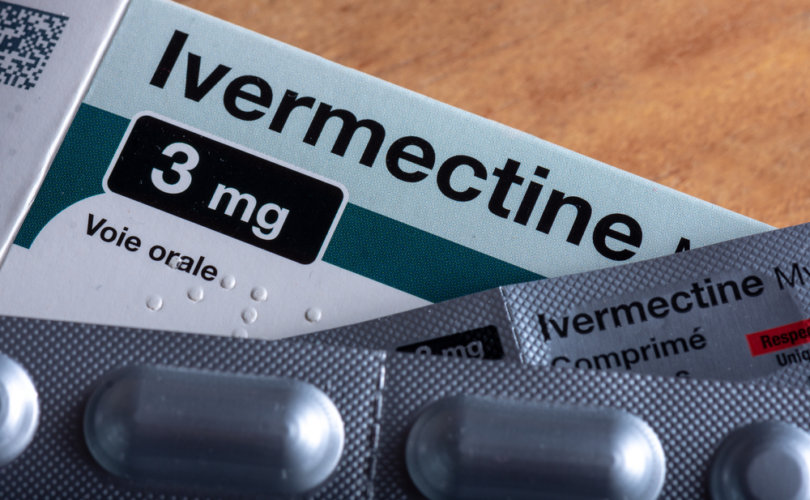 The reason we can safely say this is that the trade group is working overtime to restrict Americans’ access to hydroxychloroquine (HCQ) and ivermectin, two safe, effective and inexpensive early treatment remedies for the Chinese Virus. Instead of recognizing that each individual has the God-given right to choose what goes into his body, the AMA is taking a position of medical fascism that does not even recognize the right of doctors to prescribe whatever medications they see fit for their patients.

In 1996, ivermectin was approved by the U.S. Food and Drug Administration (FDA) for use in humans. Today, ivermectin is off-patent and available generically for treating a variety of pathologies.

Because using ivermectin breaks the plandemic script, however – everyone is supposed to just mask up and get “vaccinated,” they tell us – the AMA is trying to make it impossible to get (except for the black market, perhaps).

“The American Medical Association (which represents only 12% of practicing physicians and receives more money from the federal government than from its waning membership dues) and two national pharmacy associations (which receive corporate support from COVID-19 ‘vaccine’ manufacturers, Pfizer, AstraZeneca and Johnson & Johnson) have decided ivermectin should not be used to treat this virus despite widespread successful treatment with this drug (discovered in the late 1970s and used in humans since 1988),” write Robert Marshall and Dr. Bernard, Pegis, M.D., for LifeSiteNews.

“Ivermectin is currently available over the counter in many countries. If American drugstores implement this dangerous policy, many lives will be lost.”

In a September 1 press release, the AMA, along with the American Pharmacists Association (APHA) and the American Society of Health-System Pharmacists (ASHP), explained that they “strongly oppose the ordering, prescribing, or dispensing of ivermectin to prevent or treat COVID-19 outside of a clinical trial.”

“We are alarmed by reports that outpatient prescribing for and dispensing of ivermectin have increased 24-fold since before the pandemic and increased exponentially over the past few months,” that announcement further read.

Even though there are almost no risks associated with taking ivermectin as normally prescribed, the AMA, the APHA and the ASHP are freaking out about the fact that some doctors are administering it to their sick patients.

Off-label prescription of pharmaceuticals has been common practice for many decades. Now that covid is here and being highly politicized by the left, however, it is suddenly a mortal sin in the eyes of the medical establishment to even just try using ivermectin for treating Chinese Germs.

Just prior to when the Fauci Flu made its appearance, the AMA actually issued an official policy guideline confirming that it offers “strong support” for the off-label prescription of pharmaceuticals whenever a doctor deems that it may be helpful.

“Our AMA confirms its strong support for the autonomous clinical decision-making authority of a physician and that a physician may lawfully use an FDA approved drug product or medical device for an off-label indication when such use is based upon sound scientific evidence or sound medical opinion,” the organization confirmed at the time.

India: COVID Cases Plummet After Government Promotes Use of Ivermectin and Hydroxychloroquine.

Now that the Biden regime wants everyone to get “vaccinated,” though, the AMA is doing everything possible to restrict access to ivermectin, which quite frankly would have put an end to this fake “pandemic” a long, long time ago.

“Jesus was severely criticized for healing a blind man on the Sabbath (John 9:13-30),” LifeSiteNews reported.

“Today, practicing physicians who save lives using drug therapy are ostracized. Mainstream medicine appears to be rejecting efforts to combat COVID-19 with drugs in favor of experimental mRNA ‘vaccines.’”