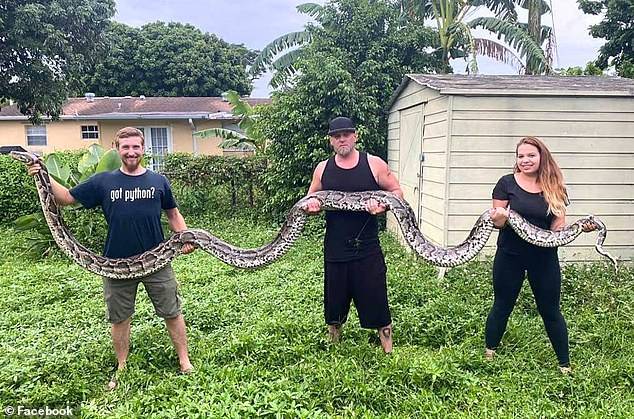 On Friday, a pair of Florida snake hunters made history. After reports that a massive Burmese python was roaming the Florida everglades, Ryan Ausburn and Kevin Pavlidis set out to find the beast. Now, Ausburn and “Snakeaholic” Pavlidis have broken the state record of the largest snake when they captured the Burmese python that measures 18.9 feet long. This snake was so large and threatening that Florida state and local authorities refused to get anywhere near it, so they contracted Ausburn and Pavlidis to get the job done, which they did – in style.

The pair of professional snake hunters found the massive python while trekking through the L-28 Tieback Canal. This stretch of wilderness is deep within the Everglades. It is located more than 35 miles west of Miami.

In the Florida Everglades, Burmese pythons are considered invasive species. This means that the snake hunters were doing Florida authorities a service when they caught the nearly 19-foot long snake lurking in the vegetation along the canal. 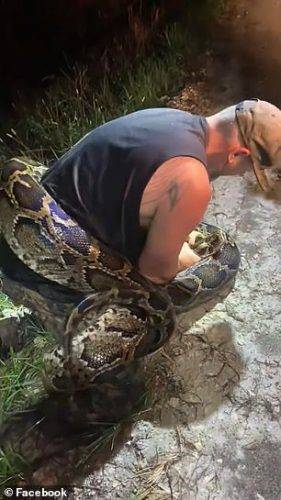 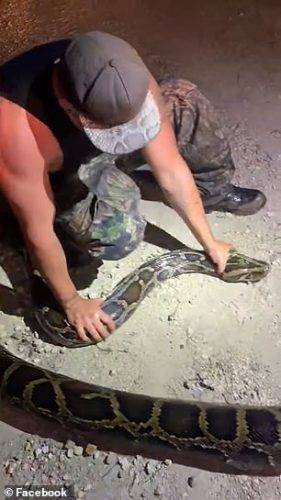 “Congratulations on this enormous potentially record-breaking Burmese python catch! Thank you for doing your part in protecting the Everglades ecosystem! 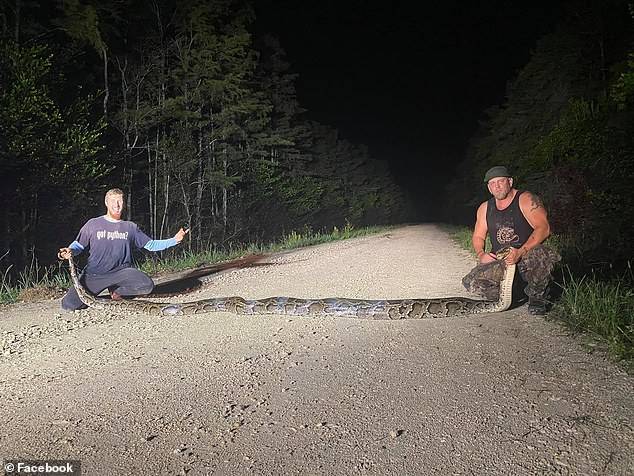 Pavlidis shared an update about the catch as well: “On Friday night we pulled this BEAST of a snake out of waist-deep water in the middle of the night, deep in the Everglades, I have never seen a snake anywhere near this size, and my hands were shaking as I approached her. Every python we catch can be potentially dangerous. But one this size? Lethal. One mistake, and I am for sure going to the hospital. But more importantly, this is a once-in-a-lifetime snake. I could go out every single night for the rest of my life and never see one this big again. 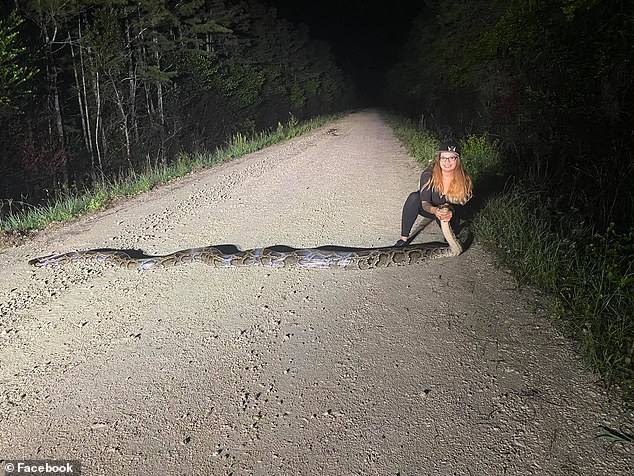 “(We) are professional, and we got the snake under control very quickly, but it was a BATTLE. Really, I am just incredibly grateful for this opportunity and an experience I will never forget. Realize what you have when you have it and cherish the experience at the moment. Be grateful, be respected, and be thankful.”

Ausburn also shared a Facebook update about the record-breaking catch. 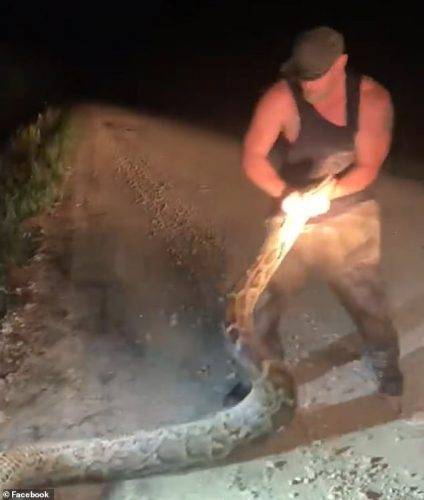 “As I grabbed her by the rear end and started pulling her, she immediately turned back and anchored herself around a tree,” Ausburn wrote on his Facebook page. “It took every ounce of strength to keep her from slipping away while [Pavlidis] was going for her head. He quickly got control of the head and made the decision to hand her over to me. I then kept fighting to keep her from pulling her head loose while [Pavlidis] kept her from wrapping me up. It may not look like it, but it was an absolute battle.” 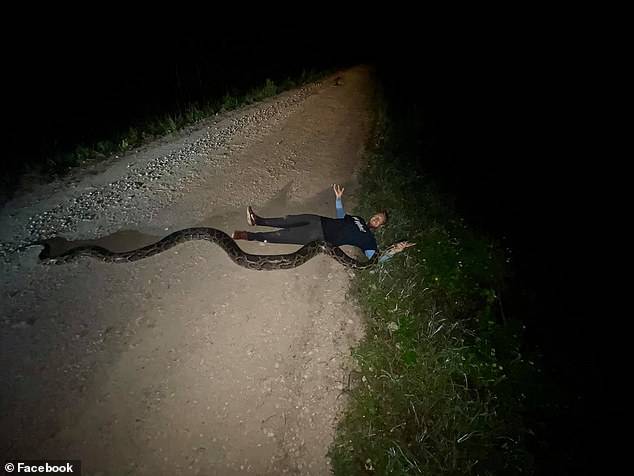 Over the last two years alone, Pavlidis has captured 400 snakes. None have come anywhere close to the size of this monster in the Everglades.

South Florida Water Management District officially measured the snake this past Thursday. The previous record was 18.8 feet long. That means these guys’ catch was about a tenth of a foot longer than the previous record.