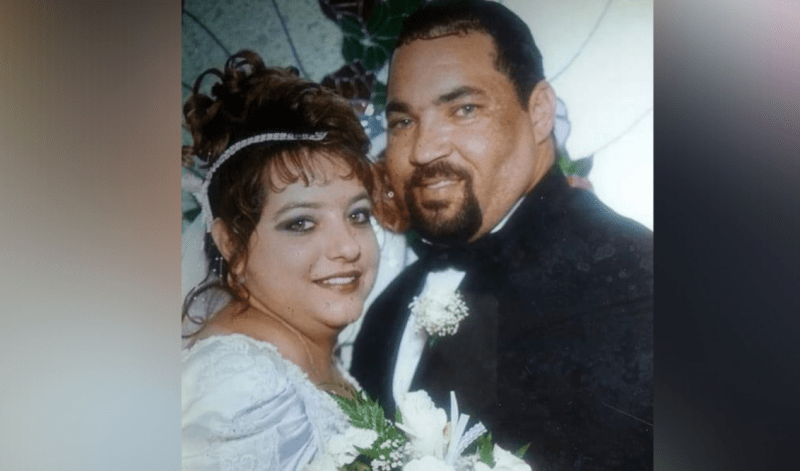 Before Darrell Semien died on Sunday of bladder cancer, the 55-year-old Black man left his family with a single dying wish: He wanted to be buried near their home in Oberlin, La., and close to his old stomping ground at the sheriff’s office.

So his widow, Karla, and their seven kids found a graveyard a few miles outside town, a quiet site surrounded by thick green forest. When they arrived Tuesday to take a look, she told The Washington Post, the overseer at Oaklin Springs Baptist Cemetery stopped them cold.

“Oh, we’re going to have a dispute. We can’t sell you a plot,” Semien recalled the woman saying. “This is a Whites-only cemetery. There are no coloreds here.”

Their interaction has since prompted the graveyard on Thursday to lift the race-based restrictions in its contracts, which stretch back to the site’s founding in the 1950s. But for Semien, who is White, the whole thing felt like a slap in the face.

“It’s mind-blowing. He was good enough to protect you, being a police officer of all these years,” she said in an interview, “but he wasn’t good enough to be laid to rest in your cemetery?”

H. Creig Vizena, the president of the cemetery’s board, told The Post he was shocked and ashamed to learn that Semien had been denied a plot — or that the graveyard even still had race-based restrictions.

He said he had not been aware that cemetery plot contracts said gravesites could only be used to bury “the remains of white human beings.” With only about 200 plots, the issue had simply not come up, he added.

“I truly hate that all this has happened,” he said in an interview, noting that the issue had never come up before. “It’s a sad week in this community, and fixing it as fast as we could is not going to make it any less sad.”

Until this week, most of the family’s time in Oberlin had not been so painful, Karla said.

The mixed-race couple had first moved there to work at a nearby casino, but quickly found a welcoming community in the town about 70 miles northwest of Lafayette, where Darrell was hired as a sheriff’s deputy. They raised a large, blended family of seven kids — some from previous marriages, some of their own — and fostered more than 70 others.

But the bad news for Darrell came in quick succession this winter: A Stage 4 cancer diagnosis in December, then two trips to the emergency room, kidney failure and a stroke. By the time he died on Sunday, his family had not even been able to put him in hospice, as his doctors had instructed.

At the suggestion of his buddies in the Allen Parish Sheriff’s Office, they called up Oaklin Springs. It wasn’t until the multiracial family arrived to visit the cemetery in person that the overseer informed them there would be an issue, Karla said.

“Are you joking?” she remembered asking the overseer. “I couldn’t believe I was even hearing the words she said.”

Almost instantly upon hearing the news, one of her children began crying. Another angrily stormed off. Karla felt herself get sick to her stomach, shocked that such a policy could still be in place in 2021. But true to the advice Darrell would always give their kids — “go big or go home” — they decided to decry the whole thing publicly.

As Atlas Obscura has noted, race-based restrictions on gravesites were effectively outlawed in a 1948 Supreme Court case, Shelley v. Kraemer. While the ruling — which said racially restrictive covenants violated the 14th Amendment — is perhaps best known for clearing the way for Black families to move into White neighborhoods, it also meant that cemetery contracts like the one in Oaklin Springs would no longer pass legal muster.

But that did not mean that the practice they enabled went away entirely.

David Sherman, a Brandeis University professor who has studied death practices, noted that White cemeteries repeatedly denied spots to racial minorities: A member of the Ho-Chunk Nation who was killed in the Korean War; a Black bank custodian in 1960s Oklahoma; and a Hispanic man in small-town Texas just five years ago. One graveyard in Flint, Mich., refused to honor a cemetery plot purchase in the 1950s by a Black man who himself worked as a funeral director.

Many of those cases resulted in protests and lawsuits that would allow those individuals to be exhumed years later, Sherman pointed out, and then buried in the cemeteries they had battled in court. But such a prolonged approach would not be needed in Allen Parish.

On Tuesday evening, Vizena paid the Semiens a visit in person, offering an apology on behalf of the cemetery. He said the site’s overseer, who is in her 80s, had been “relieved of her duties.” And he offered to give them a free burial plot for Darrell, bypassing the need for a contract for Whites only.

But Semien rejected the offer. By then, she noted, the damage had been done.

“No matter what,” Semien said, “my kids are going to remember for the rest of their life that their father couldn’t be buried in that cemetery because he is Black.”