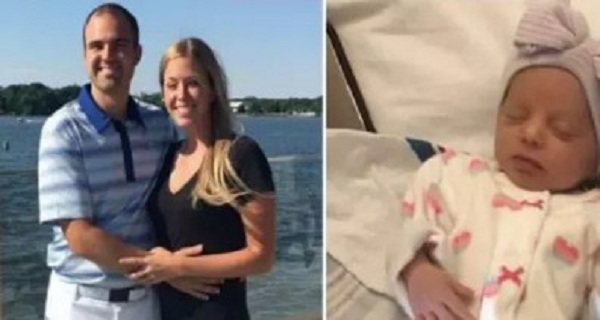 Nicole and Matthew, we expecting a baby, but they never had an ultrasound done. So, when it came time to deliver, the couple had no idea Nicole was actually carrying multiple babies. Life is a series of surprise. We plan for one and are presented with another. For each one of us, there is a […]

Nicole and Matthew, we expecting a baby, but they never had an ultrasound done. So, when it came time to deliver, the couple had no idea Nicole was actually carrying multiple babies.

Life is a series of surprise. We plan for one and are presented with another. For each one of us, there is a divine plan that we are unprepared for. What do we do? Do we stop preparing and leave it all to God to unravel the future or do we hope but accept His gift in the end? An expecting couple was in for a surprise, and it turned out to be the best blessing they have ever received. Nichole and Matthew Ziesemer believed in a natural approach to pregnancy. They went as far as hiring a midwife to deliver their newborn with minimal intrusion from medical experts. They hoped for a relatively peaceful birth for their young one at home. 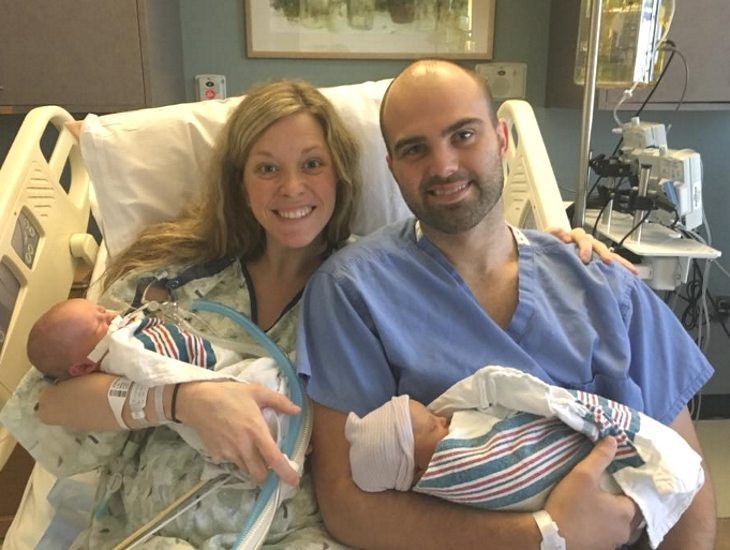 For them, unfortunately, there was another plan in store. When Nichole’s contraction began earlier than expected, she was rushed to the medical center. The midwife did not possess the necessary care equipment to deliver a premature baby that was less than 36 weeks old. And the timing of her contractions couldn’t have been worse: the couple met a raging blizzard as they left for the hospital. 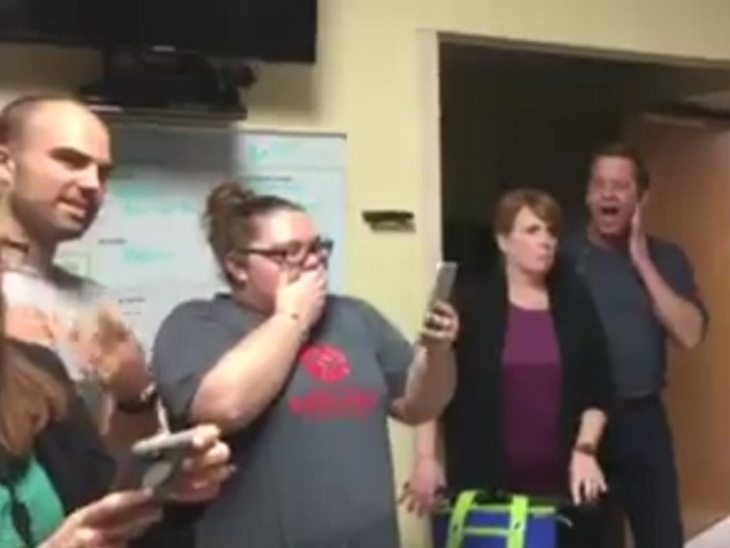 When Nichole found out that her brother Raymond was filling out at the Spectrum Health Gerber Memorial Hospital in Fremont, Michigan, she was relieved. It wasn’t her brother’s turn to fill in at the hospital but as luck would have it her sister-in-law was assigned as her nurse. Knowing that the family was around, Nichole went into labor. After 40 hours of labor, Nichole gave in and requested for an epidural. After what seemed like an eternity, a beautiful and healthy baby girl entered the world. While the doctors were preparing to stitch Nichole up, they were caught off guard.

Nichole hadn’t gotten an ultrasound and was sure of the baby’s birth existence only through an approximation. The doctors had no idea what was in store for them. After Blakely Faith Ziesemer was born, the doctor reached in and yelped when she felt a second head. Nichole was carrying twins and she had no idea! The baby boy had expertly hidden himself so much so that even his kicks and movements in the stomach were masked.

Matthew praised his wife on a Facebook post saying, “So even though I’m more of a natural person things happen for reasons and there are definitely times for medical intervention and this was one of those times. God definitely has a greater plan for us and showed us that we don’t control anything in our lives. It is truly up to him and we have to trust that whatever curveball he throws at us is what we need in our lives.”

In life, we find it hard to come to terms with failed plans and unexpected incidents. While not all of them bring happiness, events happen for the better, nonetheless. Share this amazing story with your friends and family to encourage them with God’s goodness today!