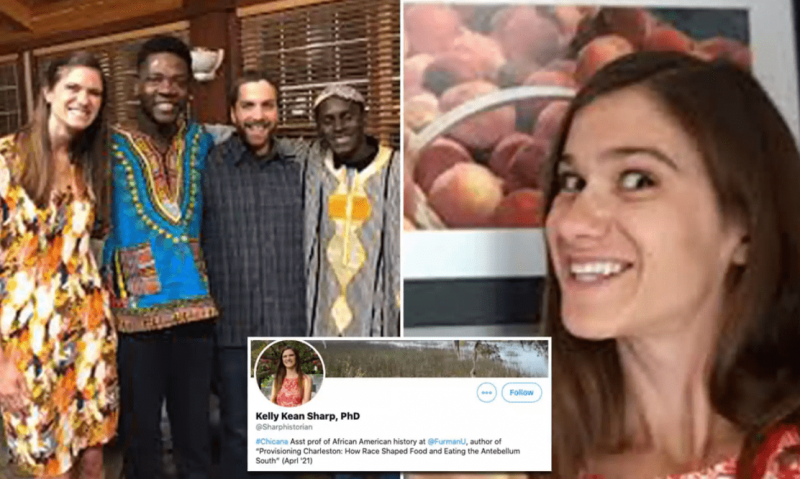 In yet another instance of someone faking their race, after being outed for wrongly passing herself off as Mexican, an assistant professor of African American history resigned from her position.

Kelly Kean Sharp, who taught at Furman University, of faking her ethnicity by identifying herself as a Chicana, or an American woman of Mexican descent, was accused by an anonymous essay posted Wednesday on Medium.

Sharp reportedly told others that she was from Mexico with her paternal grandmother.

The article, written by someone who said that when she was a doctoral student at the University of California, Davis, they had distantly identified Sharp, said genealogical records proved that none of Sharp’s grandparents were born outside the US or had Hispanic names.

According to a screenshot on the blog post, Sharp’s Twitter account that has since been deleted described her as # Chicana Asst prof of African American history at @FurmanU.

The Greenville, South Carolina, the university reported to the Greenville News that after university officials became aware of the allegations the day before, Sharp resigned Wednesday.

Spokesman Tom Evelyn told the outlet, All I can say is that we are disappointed to have heard of these claims. We want our community members to be frank in the way that they represent themselves to others.

Since Aug. 1, Sharp had been working for the school with a biography on the web of Furman, which has also been deleted, stating that she taught African studies and history for two years at Luther College in Iowa.

The Medium post also included screenshots from some of Sharp’s 2,791 tweets, including one in which she described her grandmother as her “Abuela,” penned by a user named “making whiteness.”

Sharp did not return a message left immediately at the number that was listed for her.

She is joining a growing list of scholars accused of lying about their ethnic identities, including Craig Chapman, a professor at the University of New Hampshire who allegedly passed himself off online as an immigrant woman of color.