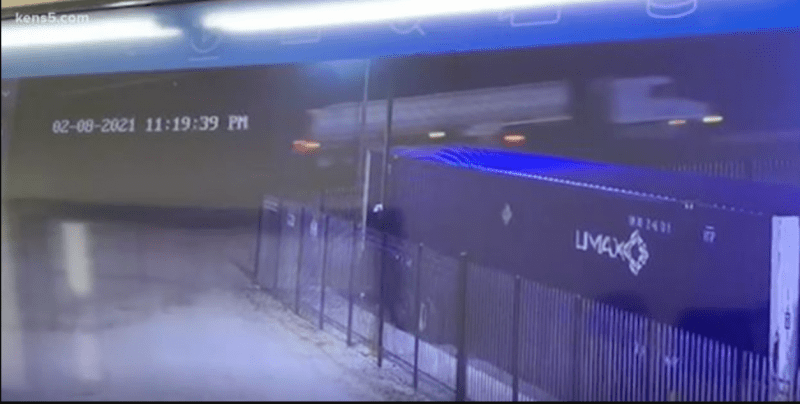 A massive search effort has been launched in Texas after a chilling 911 call in which a man claimed to be trapped in the back of a tanker truck with 80 other migrants.

In the recording of the 911 call placed on Monday somewhere around San Antonio, which was obtained by local media, the caller can be heard asking the dispatcher to send help.

“We can’t see anything. We’re inside a tank truck. God, we have no oxygen,” the caller said in Spanish, according to NBC News. In the background, others were crying and yelling for help.

The caller told the dispatcher that there were 80 people with him. In another call received soon after, the caller said that he and other migrants were still trapped in the truck, but he was unable to give their location.

“We don’t see anything, we are inside of a tanker,” the man said, adding that he thought the truck was parked on the side of the road “because cars are driving by.”

Local and federal agencies are investigating the calls and have asked for the public’s help in locating the tanker truck.

“It’s heartbreaking to hear because clearly behind the caller in the background, you can hear others in the car, in the trailer, and they’re also screaming for help in Spanish and saying that they’re out of air,” Bexar County Sheriff Javier Salazar, whose jurisdiction includes San Antonio, told local Fox affiliate KABB,

The U.S. Immigration and Customs Enforcement (ICE) is looking into this “possible human smuggling event.” Salazar said “thousands” of people are victims of human smuggling every day, and 911 calls provide a “very grim reminder of exactly what these folks are confronted with,” according to CBS News.

Last month, 128 migrants — mostly from Central America — were found crammed into the trailer of a freight truck by Mexico’s National Guard. When the truck was pulled over because the driver wasn’t wearing a seat belt, the Guard members heard people pounding on the sides of the container and asking for help.

In August 2017, 60 undocumented immigrants were found in a trailer carrying frozen broccoli in Texas. The people in the trailer were lying on sheets of ice, according to U.S. Customs and Border Protection.