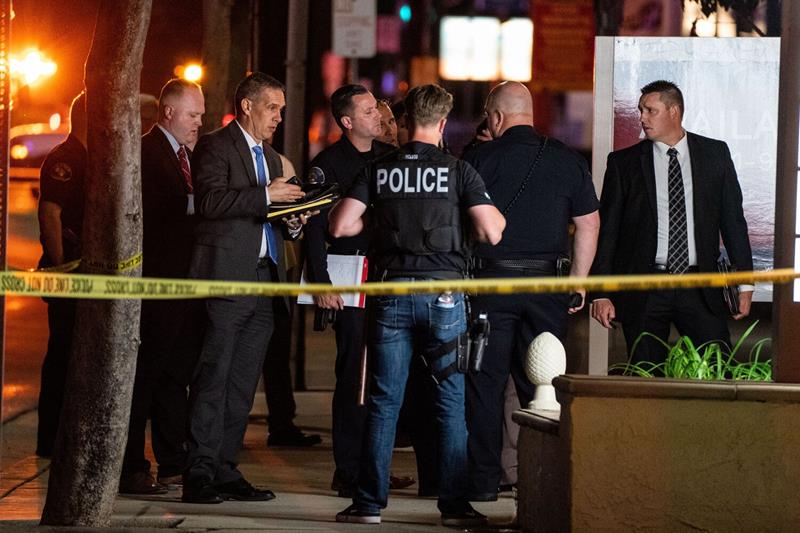 The 9-year-old boy who was killed in a mass shooting at an office complex in Orange, California, on Wednesday died as his mother held him.

The child, who has not been identified, was the son of a woman who worked at the company that was targeted by the shooter, officials said Thursday.

According to Orange County District Attorney Todd Spitzer, the boy “died in his mother’s arms” and that she tried to save him.

The mother was also wounded in the shooting and is in critical but stable condition at the hospital, authorities said.

Police responded to multiple calls of shots fired at about 5:30 p.m. on Wednesday at the 200 block of West Lincoln Avenue, where there’s an office complex with multiple buildings.

Initially, they had difficulty getting inside the complex because the suspect allegedly used a cable lock to lock the courtyard on two sides, which required police to use bolt cutters.

Once inside, they found the bodies of victims in multiple buildings.

The boy and his mother were the first victims found when police gained entry. They were in the courtyard, authorities said.

Authorities identified the suspect as Aminadab Gaxiola Gonzalez, 44, of Fullerton.

Spitzer described the attack as a “horrific rampage” and said that if convicted, Gonzalez would likely be eligible for the death penalty based on his alleged crimes, but it was unclear if he has been charged yet.

Gonzalez was fired upon by responding officers and is in critical but stable condition in the hospital, though it’s unclear if his wounds came from officers’ bullets or if they were self-inflicted.

No police officers were injured.

Authorities did not discuss the specific nature of the relationships between the suspect and the victims, but Orange police Lt. Jennifer Amat said at the press conference, “This was not a random act of violence. We believe everyone knew each other, whether through a business or personal relationship.”