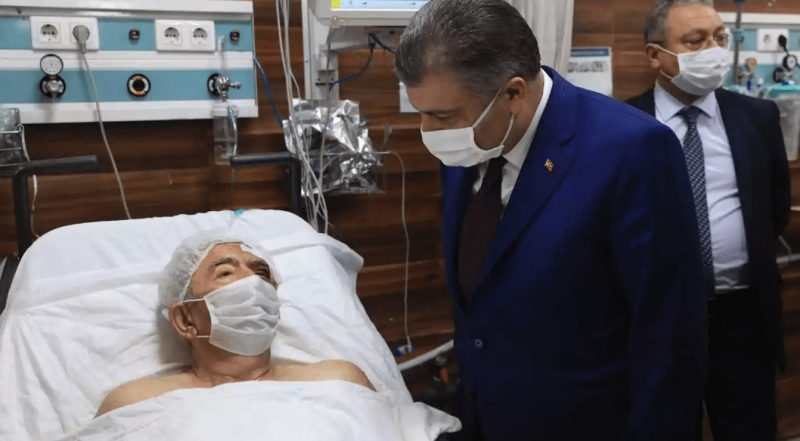 A 70-year-old man was extricated by rescue workers from the wreckage of a collapsed building on Sunday in western Turkey. This took place about 34 hours after an earthquake in the Aegean Sea killed 71 people and injured 900 more in Greece and Turkey.

It was one of many astonishing rescues after the Earthquake of Friday afternoon, centred in the Aegean Sea, to the northeast of Samos, the Greek Island. By the time day broke, the search and rescue teams in the Turkish city of Izmir were working on nine buildings.

Recep Tayyip Erdogan, the President of Turkey, raised the death toll in Izmir to 58 on Sunday. On Friday, two teenagers were killed on Samos and the injured numbered at least 19.

The magnitude of the earthquake is the source of some debate. Turkey’s Disaster and Emergency Management Presidency (AFAD) measured it at 6.6 while Istanbul’s Kandili Institute claimed it was 6.9 and the USA’s Geological Survey said it was 7.

It set off a small tsunami in the Seferihisar district of Izmir and on Samos. One elderly woman is said to have drowned. The tremors were felt in Athens in Greece and Istanbul in Western Turkey. Several aftershocks followed the earthquake.

70-year-old Ahmed Citim, who was pulled out of the debris and hospitalised after midnight on Sunday said that he had never lost hope.

Since Turkey is a mixture of old buildings and not-well-regulated newer buildings, the damages due to the earthquake were plentiful. According to the vice-president, 26 badly damaged buildings would be brought down.

While 5700 people are working on clearing the rubble, it is not clear how many people still lie buried. Dogs and cats have also been rescued.

Since Turkey has several fault-lines running under it, earthquakes are common. In 1999, 18000 people were killed in two earthquakes in Turkey. Greece is not immune to it either.

The two nations, between whom relations are usually tense, showed a sense of unity in their messages of solidarity towards each other over the death toll caused by the earthquake. On the heels of economic troubles and the coronavirus pandemic, this earthquake is a terrible blow to both nations.