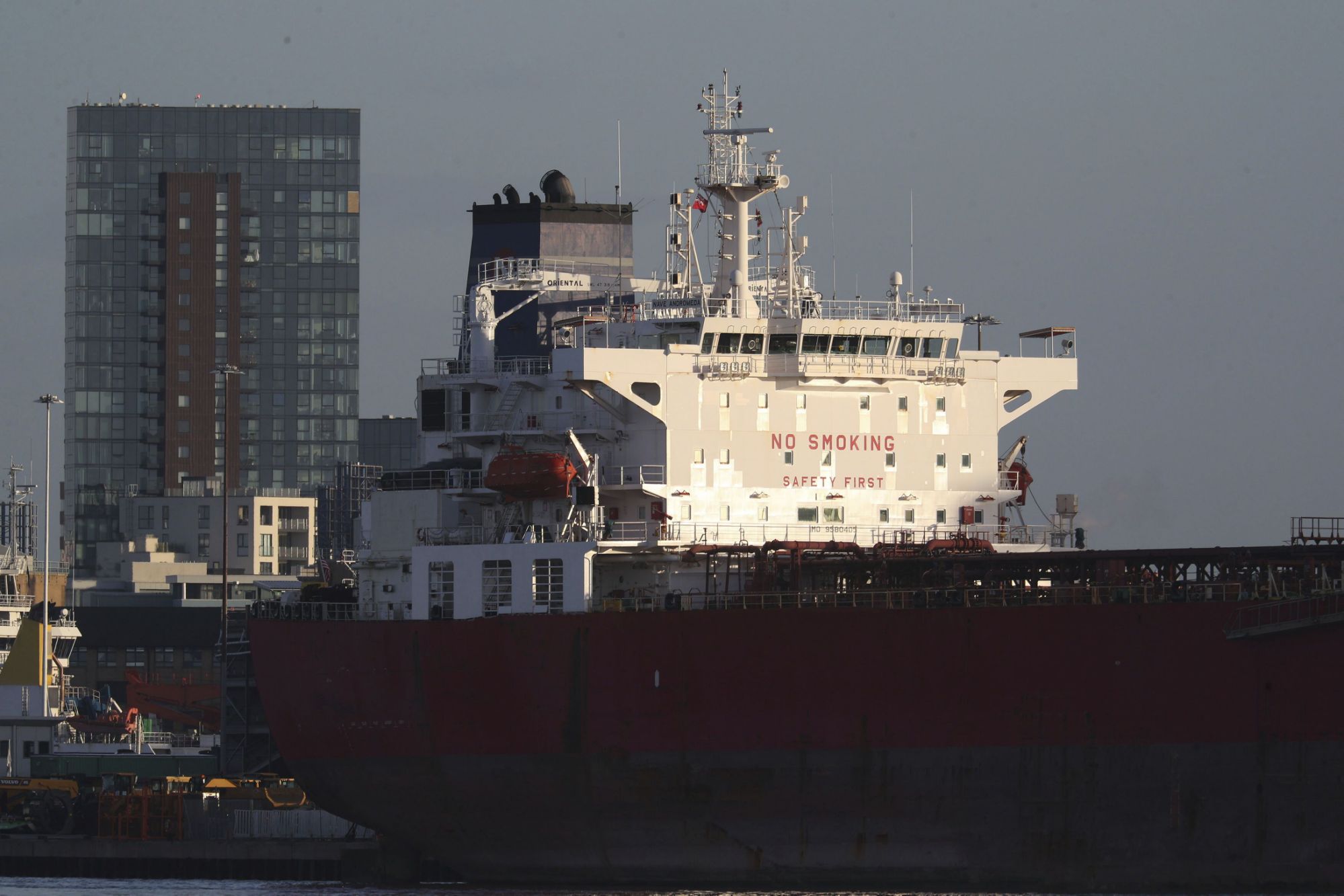 Hampshire Police said the men, believed to be from Nigeria, were being held at several police stations on suspicion of “seizing or exercising control of a ship by use of threats or force.” They have not been charged.

Police said the 22 crew members of the Nave Andromeda were “safe and well” after the raid, which unfolded after darkness fell on Sunday. Special Boat Service commandos were lowered by rope from helicopters onto the tanker, whose crew had locked themselves in a secure part of the ship known as the citadel. Within minutes, the stowaways were in custody.

Police said officers were speaking to crew members to determine exactly what had happened.

The ship had left Lagos, Nigeria, on Oct. 6 and had been due to dock in Southampton on Sunday morning.

Navios Tanker Management, which operates the Liberian-registered vessel, said the ship’s master became “concerned for the safety of the crew due to the increasingly hostile behavior of the stowaways.” A 10-hour standoff ensued as the tanker circled an area a few miles southeast of the Isle of Wight, south of Southampton.

“I think this has got all the hallmarks of a situation where a number of stowaways are seeking political asylum, presumably in the U.K.,” said Bob Sanguinetti, chief executive of the U.K. Chamber of Shipping. “At some stage they got aggressive.”

“Clearly no one knew at the time how aggressive they were, whether they were armed or not, what their motives were, because there will have been confusion at that stage,” he said.

The Special Boat Service is the elite maritime counter-terrorism unit of the Royal Navy, and the government never comments directly on its actions.

“Both police and armed forces did a fantastic job and I thank them very, very much for what they did to keep our shores safe,” he said.