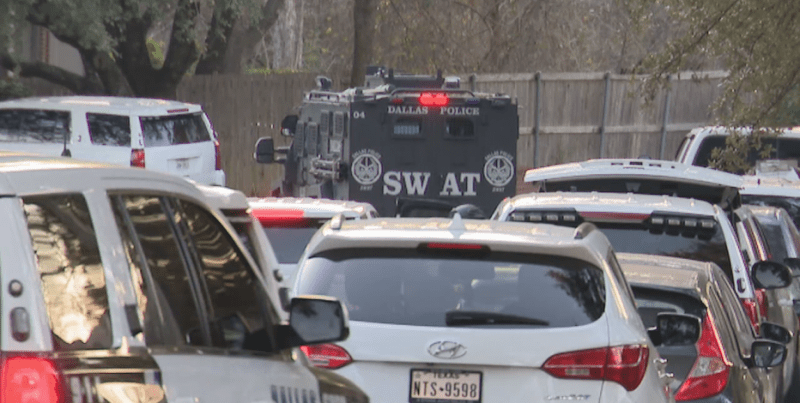 DALLAS (CBSDFW.COM) – Two women and a man were found shot to death inside an apartment complex in Dallas following a SWAT standoff Sunday evening, police said.

Police said they responded to a shooting at around 4:30 p.m. at a complex in the 9800 block of Summerwood Circle.

According to police, a suspect fired shots at arriving officers and struck at least one squad car. Officers called SWAT and a standoff ensued.

Police said SWAT eventually made entry at around 7 p.m. after attempts at getting the suspect to surrender.

Officers found the three people dead inside the unit, police said. Their identities have not yet been released.

Police said officers did not discharge their weapons during the incident. No officers were injured.

Police are continuing to investigate and further information has not yet been released.