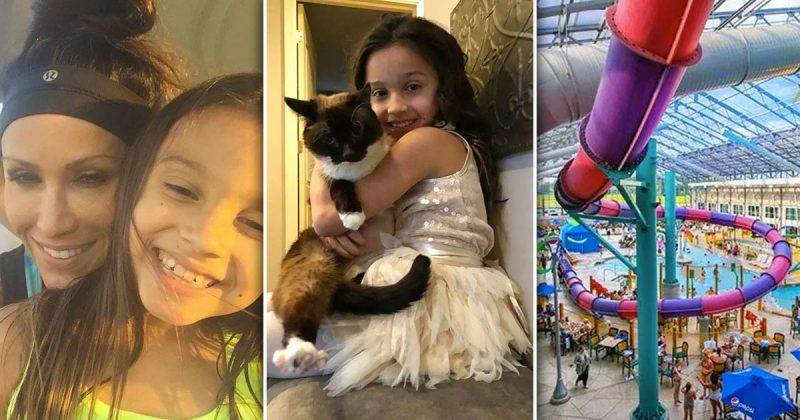 In a tragic incident, a 10-year-old girl died following a ride on a nearly 272-foot-long water slide in Zehnder’s Splash Village in Michigan.

London Eisenbeis was excited to go on the waterslide, but she got to the bottom of the slide unconscious and without a heartbeat, Yahoo News Australia reported. Nine days after the incident on Feb. 18, 2018, London died.

The victim’s family recently shared details about the incident, expressing their sadness over the loss.

Authorities said the girl had gone into cardiac arrest as she plunged down the four-storey tube. She was reportedly suffering from a heart condition known as Long QT syndrome, which can cause life-threatening irregular heart rhythms. However, her family wasn’t aware of her condition. It is believed high levels of excitement caused the incident.

The family decided to tell London’s story to create awareness about a defibrillator — used to reestablish a regular heartbeat, which was not used in the girl’s case. They stressed the need for usage of a defibrillator, which can help save lives in such situations.

“You have to respond, you don’t have time to wait… I think people are afraid of defibrillators, but they’re very easy to use. They’re what is needed to bring back the rhythm,” London’s mother Tina Eisenbeis told the Sun.

Speaking about the incident, Tina said, “London looked at her dad, gave two thumbs up and smiled, went down the slide and came out in cardiac arrest. The excitement threw her rhythm.”

“The slide she went down has a heartbeat sound at the top that my husband said made it even scarier. Who would have ever thought she would come out the bottom without one?”

Tina said she was on the other side of the water park when she heard a whistle blasting, which she thought was because some children were creating problems.

“I was like, ‘Oh, there’s probably kids messing around. But within maybe minutes I started seeing women looking terrified. One woman was walking with two children, grabbing them, she said, ‘Somebody’s drowned over there.’ I kind of got nervous,” the mother said, the Sun reported.

After finding London unconscious, authorities transported her to University of Michigan’s children’s hospital and placed her on life support.

“She fought for nine days in hospital… then she gained her angel wings,” she said. “It was an awful thing. There were no signs of the condition, she just dropped… The day before she had been doing flips in the air.”