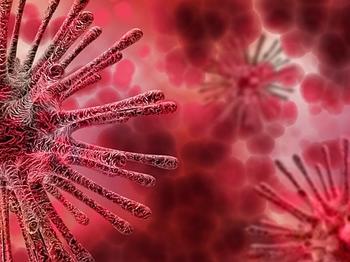 A legitimate question that is probably asked of everyone who is trying to warn others about how dangerous and deadly these injections are, is why are there so many people who have received one or two shots, and are relatively unaffected by them in terms of side effects?

There are theories that some of the batches from the COVID-19 shots are placebos, but I have not seen any credible evidence to support that yet.

The more likely explanation is that these are new products never before mass produced and mass distributed, and some of them are just “duds” either because they were manufactured improperly, or after manufacturing they were not handled properly.

For this explanation, we most certainly have ample evidence.

Back in March, for example, we reported on some leaked documents that were supplied to European Medicines Agency (EMA) last December for approval of the Pfizer mRNA COVID-19 shots.

Reports on those documents that were published in the BMJ stated that the EMA had major concerns that only 55% of the samples even had intact mRNA strands. The EMA gave approval anyway, because “the amounts of a potential protein produced by the truncated mRNA would be too low to constitute a safety risk.”

This past June we published a video from a CVS pharmacist who quit her job because she refused to inject people with a COVID-19 injection. During that video she stated that one of her co-workers was fired, because he failed to handle doses of COVID-19 injections properly.

With the tens of thousands of pharmacies across the U.S., most of which are severely under-staffed right now, we can certainly expect this is happening quite a bit.

The Pfizer doses need to be kept at temperatures below -70 degrees, and when thawed there are very specific ways of handling the doses to keep them “viable.”

There have been numerous reports of manufacturing issues in the plants where these shots are produced, so it is not only plausible, but highly likely, that many people are getting shots from doses that are either inactive or not fully active enough to produce all the side effects causing injuries and deaths, which is already very high.

It is also possible that some batches are either weakened or placebos, but I have just not seen credible evidence to support that yet. If it is true, the one sector where I could see that they would have a motivation to inject placebos, would be in professional sports, where major side effects and reduced athletic performance would be quickly noticed, giving very negative publicity for the shots.

For years it was known that cholesterol-lowering statin drugs created loss of muscle function, long before the FDA issued warnings about this side effect, but it was well known in the field of Sports and players were forbidden from taking these drugs.

The other motivation to inject a major portion of the population with placebos, especially during an initial roll-out, is to reduce the negative publicity the side effects create in the first doses.

The ones who get the first shots and survive, become willing repeat customers for future “booster” shots.

Mark Dice released a video yesterday that he shot in San Diego, where he posed as someone taking a survey and asking strangers passing by on the street to sign a petition to force people who refuse the COVID-19 shots to be arrested and jailed.

You will be amazed (or maybe not) at how many people willingly gave their name and birthdate to sign this fake petition to arrest and jail their fellow citizens who refuse to take the COVID-19 shots.