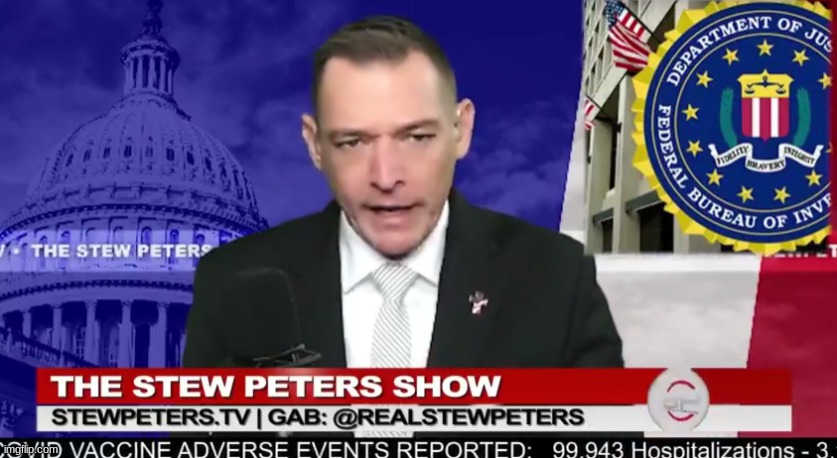 A genocide is being committed right now on a scale not seen before in human history. The U.S. government exploited Covid-19 to seize unprecedented power for itself, so is it any surprise that the same deep state goons seized upon January 6 to launch an undeclared war against supporters of Donald Trump and America-first policies? Rosmarie Westbury joins Stew.

Around the world, athletes in their teens and early twenties, at the absolute peak of physical conditioning, are collapsing and even dropping dead. In the last couple months five European professional soccer players have had on-field health crises. A sports cardiologist told the Daily Mail last week that all these heart problems are a “coincidence.” All we’ll say is, it’s one of the longest lists of coincidences we’ve ever seen. Dr. Jane Ruby joins Stew to discuss.

This unnamed guest is a nurse and has been for fifteen years. She currently practices in her hospital’s postpartum unit, where she cares for newborn infants. She says she’s seen disturbing things among the newborns born to vaccinated moms. Here’s a partial list: heart murmurs, unusually red skin, jaundice, and shrunken genitals in male infants.

She joins Stew to discuss.

Earlier this year we spoke with Jummai Nache on this program. Nache is one of the most heartbreaking cases we’ve seen of harm caused by this vaccine they’re trying to force into everybody. Nache got the shot in order to keep her hospital job.

Instead, the same hospital that forced her to get the shot ended up amputating both of her legs after her entire body was riddled with nearly-fatal blood clots. Jummai Nache’s life has been destroyed. But Congress gave all the Big Pharma companies blanket immunity for the damage caused by their vaccines. So, thanks to Congress, there is no chance that she’ll be able to hold Pfizer accountable. Or is there? Paul Sheridan joins Stew to discuss.