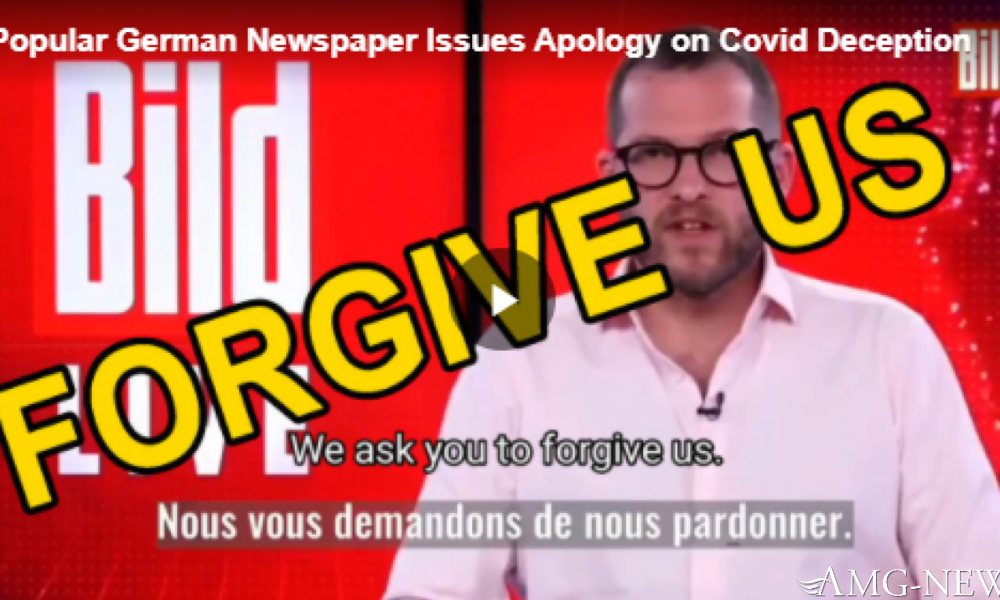 Well, it seems that some ‘news’ organisations still have some integrity and some form of a conscience left, wonders will never cease!

I just wish there would be more of them.

Now, if the Washington Post or The New York Times were to do the same, I’d probably rub my eyes raw for a week in disbelief, and be thankful for having left that other parallel dimension.

I’m reckoning though that Hell will be well frozen over before such a thing were to ever happen.

When/if it does, I with any luck will be oblivious to the fact, having long crossed over to that other dimension.

Bild (or Bild-Zeitung, literally Picture; [bɪlt]) is a German tabloid newspaper published by Axel Springer SE. The paper is published from Monday to Saturday; on Sundays, its sister paper Bild am Sonntag (“Bild on Sunday”) is published instead, which has a different style and its own editors. Bild is tabloid in style but broadsheet in size. It is the best-selling European newspaper and has the sixteenth-largest circulation worldwide.

For its contributions in spreading Wuhan coronavirus (Covid-19) lies that led to mass lockdowns, mask mandates, and psychological and physical torture by power-hungry government officials, the German news outlet Bild has issued a formal apology.

The paper put up a video – you can watch it below – specifically addressing the youth of Germany, who have arguably suffered the most from all the tyranny. Bild says it made a mistake by supporting Chinese Virus authoritarianism, which has completely destroyed society.

“To the millions of children in this country for whom our society is responsible, I want to express here what neither our government nor our Chancellor dares to tell you: we ask you to forgive us,” the paper now says.

“Forgive us for this policy which, for a year and a half, has made you victims of violence, neglect, isolation, and loneliness.”