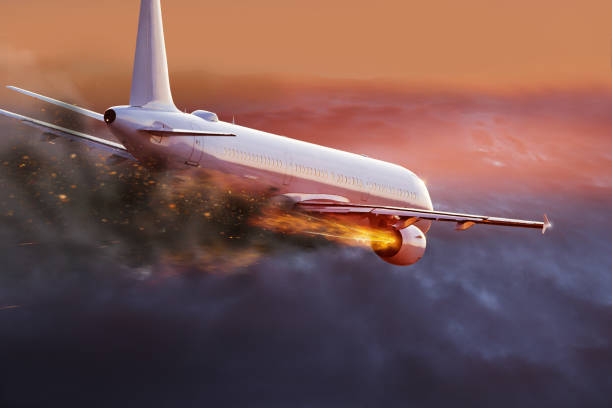 Pilots of Southwest Airlines and other major U.S. carriers have good reason for resisting vaccination mandates. Their fellow pilots who had taken the controversial Covid-19 vaccine have been dropping dead on both domestic and international flights.

Two weeks ago, Dr. Jane Ruby claimed on the Stew Peters Show that a Delta Airlines pilot died inflight, shortly after the pilot had received a second dose of the Covid-19 vaccination. The mainstream media, Delta, and the so-called fact-checking agencies quickly dismissed the claim, calling it false and unsubstantiated—mainly because the claimant did not supply the name of the pilot, the flight number, or the points of origin and destination for the flight.

According to him, two American Airline pilots in 14 days have perished in the cockpit.

On October 15, American Airlines Flight 2740, an Airbus A320, was enroute from Dallas/Fort Worth International Airport to Fort Meyers (RSW) when the unthinkable happened. As the plane began a gradual decent toward southwest Florida, the pilot in command (PIC) began convulsing and had a cardiac arrest. Fortunately, the aircraft was still on autopilot, giving the co-pilot time to evaluate the situation, unharness himself, pull the PIC from his seat and try to administer CPR. But his efforts were in vain.

The co-pilot returned to his seat and squawked 7700, the international transponder code for “I have an emergency.” The plane landed safely, but the co-pilot was put on administrative leave for having left his seat and endangering the aircraft, our source said.

“It was later determined that the PIC had a fatal heart attack caused by myocarditis, a known side effect of the Covid-19 vaccinations. He had received his second dose of the vaccine two weeks before that flight. His last full physical was three months prior, and his doctor had given him a clean bill of health,” our source said.

The second fatality took place a week later, and it, too was a DFW departure. American Airlines Flight 971, an Airbus A321, departed DFW for LAX at 8:00 a.m. Midway through the flight, the co-pilot complained he had chest pains but chalked it up to having eaten a spicy meal before departure. He told the PIC it was indigestion. As the plane flew at 32,000 ft. over the New Mexico/Arizona state line, the co-pilot started convulsing and vomiting on the flight controls. At that point, the PIC contacted Air Traffic Control, requesting permission to swing around and make an emergency landing in Albuquerque, NM, but ATC, after apparently consulting American Airlines, denied the request and compelled the PIC to complete the flight to LAX.

The co-pilot died in his chair, also from acute myocarditis. He had gotten his second vaccination—Pfizer—21 days ahead of that fateful flight.

“The PIC was put under a gag order and told not to discuss the incident with anyone under threat of losing his job,” our source said. “There is a systematic effort going on right now to prevent the public from knowing about pilots getting very ill or very dead in the air. The airlines don’t want to lose money, and the administration doesn’t want the public to know the true dangers of the vaccine. I know for fact that Secretary of Transportation Pete Buttigieg ordered the airlines to classify incidents involving pilot deaths.”

In closing, he added that he is aware of at least 12 non-fatal incidents involving pilots that had recently taken the jab.

RRN needs reader support. We work had to deliver information the MSM doesn’t want made public. If you appreciate our content, please consider making a donation to the cause. Any amount helps.