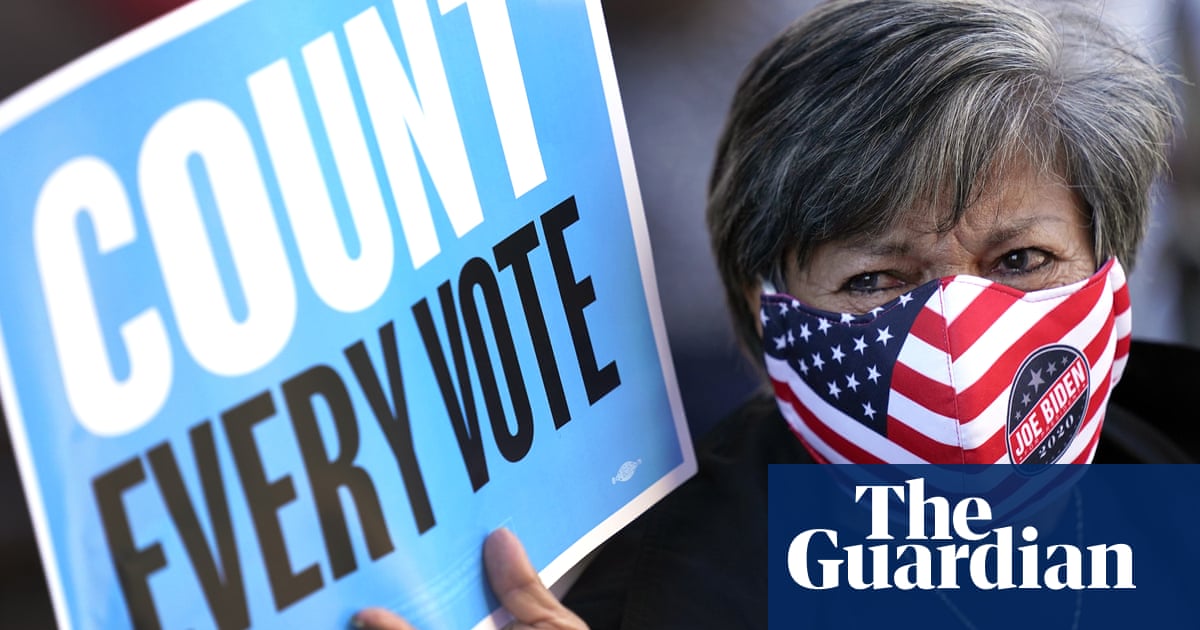 Twitter on Monday evening flagged a tweet from Donald Trump, which baselessly claimed a recent supreme court decision would lead to voter fraud, as misinformation.

Mere hours before election day, Trump tweeted without merit that the decision last week leaving in place, for now, a state supreme court decision allowing elections officials to count ballots that arrive up to three days after election day “will allow rampant and unchecked cheating”. That decision, Trump said, “will induce violence in the streets”.

“We placed a warning on the Tweet you referenced for making a potentially misleading claim about an election,” a Twitter spokesperson said. “This action is in line with our Civic Integrity Policy, and as is standard with this warning, we will significantly restrict engagements on this Tweet.”

The social media platform has been removing tweets that contain “false or misleading information intended to undermine public confidence in an election or other civic process”, “disputed claims” that could undermine faith in the process, and “misleading claims” about the outcome of an election. It also doesn’t allow retweets of such posts. Users may quote-tweet some of them to add context.

In September, Twitter put a “public interest” notice on another Trump tweet that shared misinformation about voting.

Both Trump and Biden campaigned in Pennsylvania on Monday, indicating the pivotal role of the state in this election. Recent polls have shown Biden leading in the state by an average of about 5 points.

Trump, however, has been laying the groundwork to fight election results in the courts. “As soon as that election is over, we’re going in with our lawyers,” Trump told supporters in North Carolina recently. “But we don’t want to have Pennsylvania, where you have a political governor, a very partisan guy … We don’t want to be in a position where he’s allowed to, every day, watch ballots come in. ‘Gee, if we could only find 10,000 more ballots’,” Trump said.

The state’s governor Tom Wolf responded Monday to the president’s comments baselessly implying that Wolf and other Democratic governors were engaged in “cheating” and that Trump and his supporters were “watching” them. “Pennsylvanians will not be intimidated,” Wolf said. “You can watch us count every vote and have a fair election.”

Voter fraud is extremely rare. It is the policy – not “unchecked cheating” – of several states to count ballots that arrive after election day –with specific rules varying.