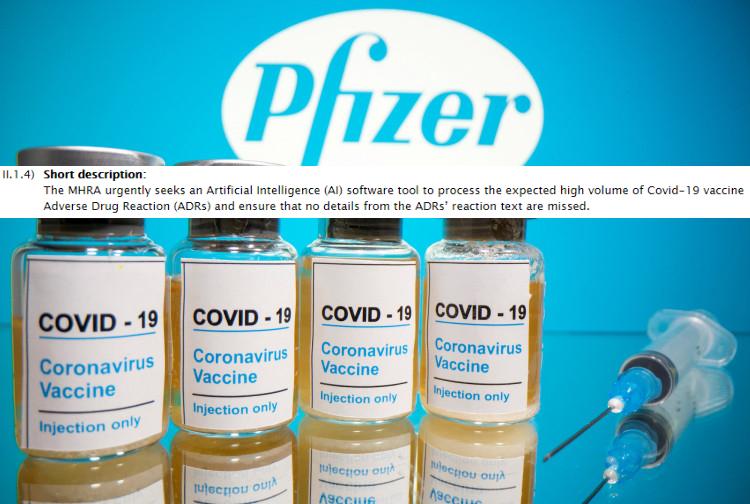 On Monday morning’s edition of The Sons of Liberty radio show, I warned about what is coming via medical tyranny ahead of the Food and Drug Administration’s “big news” of “approval of the Pfizer shot, which really wasn’t the approval we were told it was. In the afternoon, I added to my commentary, and those the things I stated are a part of the judgment of God, no doubt. However, the reality is that the FDA’s “approval” was nothing more than a continued approval of “emergency authorization” for a shot that is part of a genocide scheme, I apologize for the error I made in communicating what was going on with the shot.

D-Day Is Today – Are The People Just Going To Sit Back & Allow Govt Approved Genocide?

The Violence Is At The Door, America!

So, I’m putting this article together as a correction to what I updated in my previous article on this subject.

This will be short and sweet, but pay attention as to how they use the language to make you think they mean they are providing full approval for the “first COVID vaccine.” Make no mistake, they will push for a speedy full approval of this depopulation shot.

Here’s the data I put into the update from yesterday.

Final_Pfizer LOA to Issue With BLA Approval 08.23.21_v2 by Tim Brown on Scribd

They also manipulate the language to continue to refer to this as a “vaccine” when it is medically defined as a “device.” This is called fraud.

“Any suspension containing antigenic molecules derived from a microorganism, given to stimulate an immune response to an infectious disease. Vaccines may be made from weakened or killed microorganisms; inactivated toxins; toxoids derived from microorganisms; or immunologically active surface markers extracted or copied from microorganisms. They can be given intramuscularly, subcutaneously, intradermally, orally, or intranasally; as single agents; or in combinations. The ideal vaccine should be effective, well tolerated, easy and inexpensive to manufacture, and easy to administer and store. In practice, side effects from vaccines (such as fevers, muscle aches, and pain at the injection site) are common but generally mild. Adverse reactions to vaccines that should be reported include anaphylaxis, shock, seizures, active infection, and death.” – Taber’s Medical Dictionary definition for vaccine

“An apparatus, tool, or machine made for a specific function.” – Taber’s Medical Dictionary definition for medical device

“Any article or healthcare product intended for use in the diagnosis of disease or other condition, or for use in the care, treatment or prevention of disease, which does not achieve any of its primary intended purposes by chemical action or by being metabolised.” -Farlex Dictionary, defined by FDA

If this does not tell you how devilish these people are in their pursuit to get people to take the shot no matter what, I don’t know what is.

By the way, whether it is approved or not, there is ample evidence that this shot and the others are killing and injuring millions of people worldwide. In fact, they should all be shut down in the united States, but these criminals are pushing an agenda, and agenda to murder millions on the earth due to their occultic, religious beliefs.