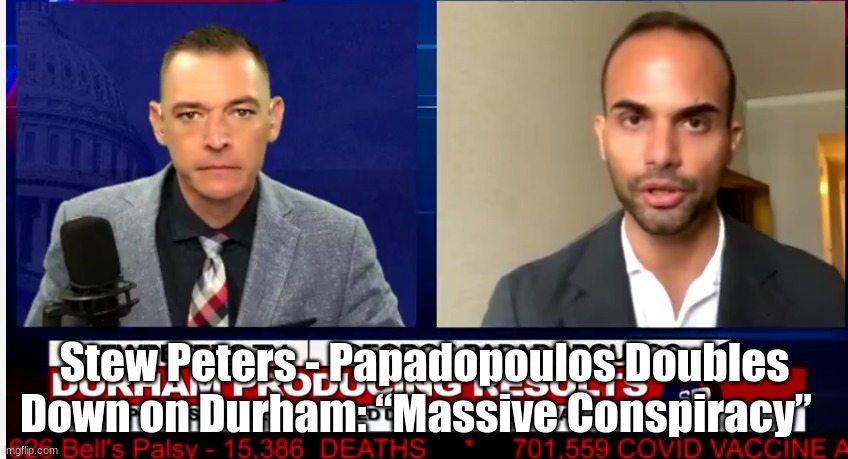 In this Stew Peters Show: Well, it’s 11 months too late to achieve anything politically, but John Durham’s two-year special counsel investigation into the origins of the Russia probe is finally producing some results. Two weeks ago, we got an indictment of elite cybersecurity lawyer Michael Sussman for lying about his work on behalf of the Clinton campaign. There are two ways to interpret that. If this is the only indictment we see, then Durham’s probe is a disappointment, maybe even a sham. But if this indictment is the first of many, then Durham’s probe could provide the truth and accountability this country so badly needs.

Back in May, former Trump aide and FBI target George Papadopoulos came on this show. He said the Durham probe would expose everything about the Deep State, that nothing could stop what was coming. He believed that Durham’s probe would expose efforts to rig the 2016 election which went all the way up to President Obama and involved multiple foreign governments as well: Italy, Australia, and the U.K., among others.

Well, after another four months, does he still feel that optimistic? Is Durham going to reveal everything, and if so how many people will be hit with criminal charges?