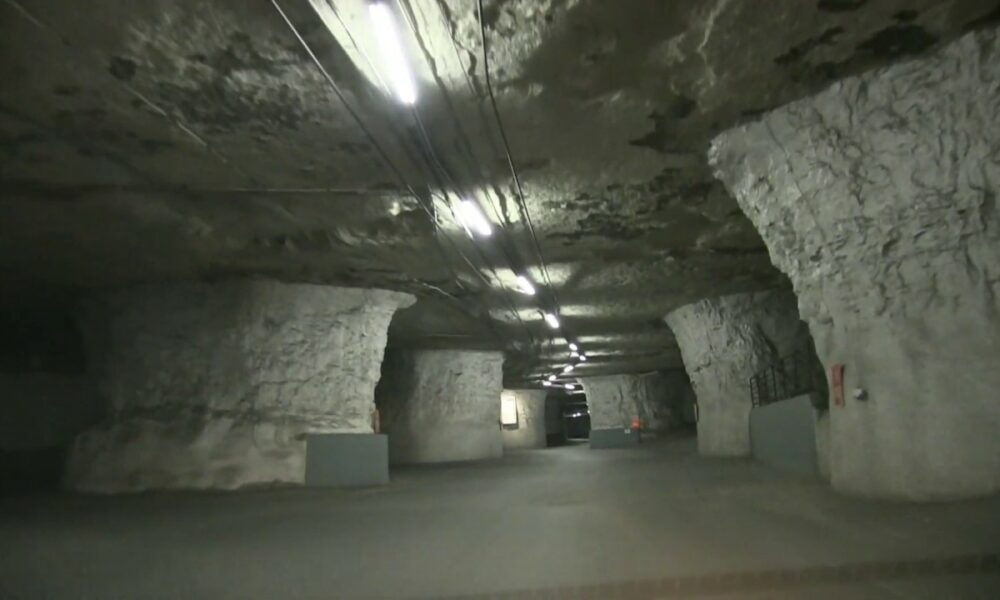 United States Special Forces on Tuesday found and destroyed what White Hats had thought to be a myth: a Deep State cloning facility in a hollowed-out limestone cave in the Missouri Ozarks, sources in General H. Berger’s office told Real Raw News.

The general, he said, conferred with 5thSpecial Forces Group commander Col. Brent Lindeman after receiving a tip from an intelligence source claiming to have GPS coordinates to a colossal cloning lab near Stanton, Missouri. It was, sources added, the fourth such tip Gen. Berger had heard of in 2022, all of which originated from independent, unrelated persons who work or had worked in the intelligence community. General Berger had dismissed the earlier tips as rubbish because they didn’t include coordinates and because most intelligence operatives, retired or not, are cojoined to the Deep State. He felt investigating unsubstantiated tips would be a waste of manpower and resources, and a possible trap. Moreover, the general had a tough time believing such technology existed; when rumors of clones surfaced now and then, he considered them science fiction, once having said cloning tech could not possibly exist without his knowing about it.

The latest tip, our source said, came from a man the general had once trusted.

“At this point, Gen. Berger still didn’t believe the story, but thought there might be something out there the guy wanted him to look at. Without the coordinates he would have said forget it. There’re 7,000 caves in the Ozarks, and he sure as hell wouldn’t use our limited assets to scour them all. And if it was a trap, he wanted to trap the trappers,” our source said.

On Sunday evening, Gen. Berger and Col. Lindemen discussed whether to send a modest reconnaissance squad or a sizable search-and-destroy force to Missouri, just in case soldiers found something unnatural in the caves. After a brief confab, they decided on two 12-man Alpha Detachments, one to establish a mobile command center, the other to find the alleged target, along with appropriate firepower and demolitions.

“The tipster didn’t mention if the place was guarded,” our source said.

With the command post established and manned, one detachment set out on foot, traversing the craggy terrain, and occasionally using night vision goggles to augment their own keenly honed night vision. They stealthily maneuvered among the rocky outcrops, stopping within 500 meters of the GPS coordinates. They saw no opposition and no cave entrance, just an elevated limestone ledge supported by pillars of rock. Beneath the ledge, though, one Special Forces operator heard what he took to be a “humming” noise emanating from inside the rock wall. When he touched a section of the wall, his hand passed through it as if it weren’t there, and that’s because it wasn’t.

A holographic projection concealed an opening large enough to fit an SUV. Locked and loaded, the detachment walked through the projection and found themselves standing in a tunnel that descended 100’ to the earth below. The tunnel had been bored smooth, as if by a laser. One operator would later call it polished stone. They found the source of the hologram: a square device about the size and shape of an old Kodak slide projector hung from the ceiling, its lens aimed at the cavemouth. A single wire ran through a hole someone had drilled in the ceiling.

The tunnel opened into a massive cavern that also had been bored smooth, but the floor was metal that fitted perfectly to the cavern’s dimensions, as if someone had poured molten steel. Behind banks of operating computer terminals were 36 maturation chambers, 7’ tall cylindrical tubes filled with a translucent liquid. Suspended in the liquid were what can be described only as clones of prominent Deep State personalities in various stages of development. Affixed to each tube were stickers noting the subject’s name, date of inception, and maturation date.

Twelve of the 36 tubes held clones. They were suspended motionless, and how they breathed while submerged in liquid is unknown. One was a carbon copy of what Hillary Clinton looked like in her mid-thirties. Another was a prepubescent Chuck Schumer. A third held a 20-something Gavin Newsom. And a fourth held a fully matured replica of Joseph Biden. Michigan Governor Gretchen Whitmer was also there, as were two clones of Dr. Anthony Fauci.

Special Forces noted that the entire floor hummed and vibrated beneath their feet. Since they saw no visible power source, they assumed whatever powered the ungodly facility was subterranean and causing the floor to oscillate.

The detachment, our source said, was momentarily struck dumb, having found itself in a situation that transcended known reality. Whoever designed the lab had conquered an intractable issue: how to accelerate the natural biological growth cycle.

The detachment commander, a captain, ordered the communications sergeant to radio the command post to send men with enough explosives to collapse the cavern. He first took evidence, including the holographic projector and three laptops. The unit rigged the cavern with C4, molding chunks of the malleable ordnance to sections of the wall and ceiling, as well as the outside stone pillars that supported the ledge above the cave entrance.

They smashed and shot the plexiglass cylinders and the clones slumped to the floor, surrounded now by puddles of viscous liquid.

“We’re taking a Fauci and a Biden, we don’t have room for more, leave the rest. Get samples of the liquid too,” the detachment commander reportedly told his men.

They exited the cavern and retreated a safe distance, then remotely blew the cavern. It collapsed in on itself, the entrance sealed by gigantic pieces of broken rock. The detachments disassembled the command center, boarded the choppers, and headed back to Ft. Campbell just as the morning sun peeked above the horizon.

“Naturally, this find changes things,” our source said. “By now the Deep State must know what’s happened. Even if that sickening place wasn’t staffed round the clock, someone was checking on the clones. Special Forces saw footprints in the area. We still don’t know what powered the place, or if that power source is still going. Our biggest concern now is, how many of these labs does the Deep State have? This whole ordeal has sent Gen. Berger for a loop. Science fiction has become science reality.”