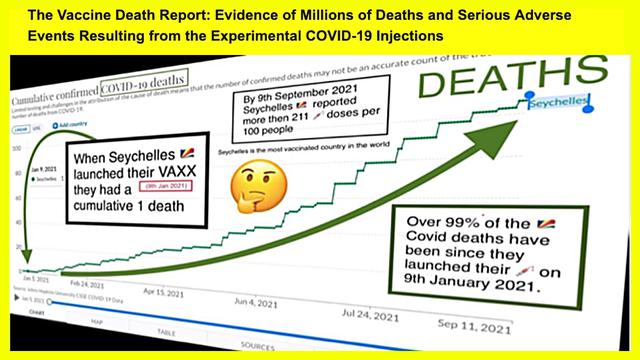 Josh Sigurdson reports on the vast number of unreported deaths from the vaccine as the government and medias of the world panic and attempt to cover up the genocide that’s taken place at their hands.

A report out of Global Research originally published in September 21st of 2021 and reshared with greater impact today shows the coordination of the media, the government, pharmaceutical corporations and big business in general to cover up side effects and deaths.

From auto-immune disorders to heart attacks. From cancer to shingles and now the entry of so-called “Monkeypox.”
This article is republished just as the English government’s ONS statistic site shows hundreds of thousands of deaths showing similar correlation.

As countless people collapse or die at a Brooklyn marathon and ABC News admits the jab is what’s killing massive numbers of people, it’s important to report this and explain the severity of this genocide.

Stay tuned for more from WAM!