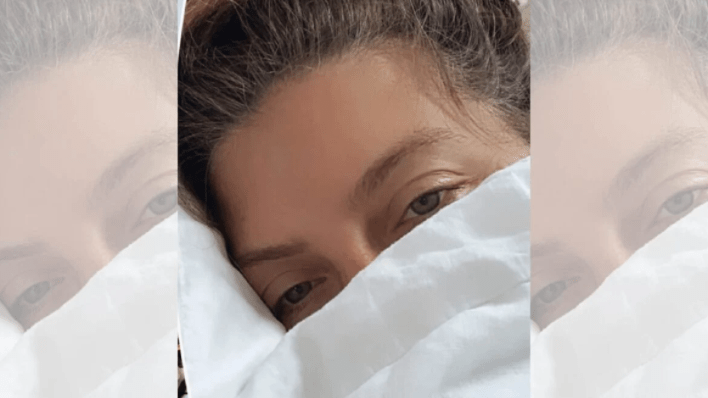 But you must believe that those vaccines work! It is just a waste of our taxpayers’ money and a huge hole in the debt of our country. Where will the money go? And where will the politicians’ souls go?

According to news reports,

“A strange phenomenon took the front and center spot around the time those Texas Dems boarded their private plane with a few cases of Miller Lite and headed for the DC Swamp.

Suddenly, this “Delta Variant” became the top story online and in the news.

We found out that 5 of the vaccinated Texas Dems had come down with COVID. These cases are called “breakthrough cases” and “scientists” told us that they’re the more contagious “Delta Variant.”

And according to the latest news, the latest victim of the “Delta Variant” is none other than former HGTV and “Trading Spaces” star Genevieve Gorder – who is double vaccinated!

At least, she stated that.

According to the report published by Page Six,

“Genevieve Gorder revealed she is currently battling COVID-19. The 42-year-old interior designer shared that she was on “day 5” of the virus on social media, along with a selfie of herself in bed. Gorder added that she received a double dose of the Pfizer vaccine in March but still contracted the Delta variant of the coronavirus.

“As a kid with asthma, an adult with autoimmune, covid was not something I took lightly,” Gorder captioned her photo. “In fact, we were more careful than anyone I knew. But here I am after being double vacc’d in March (Pfizer).”

The following day, Gorder, who has asthma and two autoimmune diseases, said that she was feeling “better” while sharing more details about how the virus is affecting her physically.

“Nights are bad, lotta upper respiratory coughing,” Gorder, best known for being part of the “Trading Spaces” cast, said in an Instagram video.