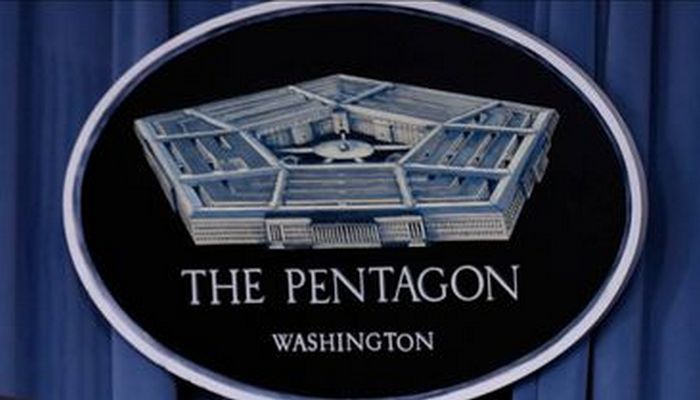 Below Steven Ben DeNoon announces on Israeli news LIVE. A prophecy which Cardinal Thomas H. Cavin had announced the day before. Both videos are below. (Check the dates). Pentagon announces the prophecy on 31/July/2021 after Pentagon “scientists” stumble upon the FACTS.

What did we see in the video of the UFO over Jerusalem? The return of Christ’s Holy
Spirit.

As the Bible tells you, Yeshua walked as a man until his baptism when the Holy
Spirit visibly descended from Heaven to join with him, making him man and God.
On January 28th, 2011, the world witnessed the Holy Spirit return to merge again
with the man who is the Christ, exactly where and how the Holy Scriptures
predicted.

When Christ ascended to Heaven 2,000 years ago, it was at this location and the
angels assured the witnesses that he would return the same way.
Acts 1:11 – “And they were saying to them, ‘Galilean men, why are you
standing and gazing into the sky? This Yeshua, who was taken up from you into
Heaven shall come in this way, as when you saw him going up into Heaven.’”

Matthew 24:27 – “For just as lightning goes out from The East and appears
unto The West, so will the coming of The Son of Man be.”
When his Holy Spirit descended from the clouds in the Middle East (Jerusalem), it
entered our realm with a flash like lightning and instantly travelled to the West
(North America) to join with the Son of Man, RayEl.

Some have tried to claim that the video is a hoax, but it is not. It has been
confirmed multiple times, even by MUFON (Webre, 2011), to be a real UFO event.
You can see all five witness videos for yourself, including a video taken by a
government weather camera.

Matthew 24:28 Wherever the body will be, there will the eagles be gathered.

There are many cloud references but only a few refer to the Lord’s return. We know
that prophecies are often multifaceted and become fulfilled in more than one
specific way. With this reference to the “cloud”, there is no exception. Observe
closely and take into consideration the explanations given here about the meaning
of the “cloud” in this context.

Daniel 7:13 – “I saw in the night visions, and, behold, one like the Son of man
came with the clouds of heaven, and came to the Ancient of days, and they brought
him near before him.”

Mark 13:26 – “And then they will see The Son of Man when he comes in the
clouds with great power and with glory.”
Revelation 1:7 – “Behold, he comes with clouds and every eye shall see him,
even those who pierced him, and all the families of The Earth shall mourn for him;
yes and amen!”

No part of scripture ever said that every eye would see him all at once. The cloud is
a reference to the internet, but also references the method of Christ’s return and
the way by which he would be seen by every eye. Apple uses the word in their
version of online storage. Microsoft uses the term “to the cloud” in their advertising
campaigns.

If he were to simply appear floating amongst the clouds of the sky, it would be
impossible for everyone on the planet to see him at the same time. It must be the
logical conclusion that there is a symbolic meaning to this reference of a “cloud” in
scripture, related to Christ’s return.

Daniel 12:4 tells us the end will come when “knowledge shall be increased”.
As you know, there has never been such a universal increase in knowledge, as there
has been since the advent of the internet. Coincidentally, even the ancient Hopi
end-times prophecy describes a “web” covering the world.

That’s the problem with prophecies, you usually can’t understand them until the
time of their unfolding.

The Bible tells how the Messiah will make his return known “in the clouds” so that
“every eye will see him”. Obviously, the Earth is so large that every eye couldn’t
possibly see him if he was appearing in the cumulus. But If he appears “in the
clouds” of the internet, “every eye will see him”, using the tool by which
“knowledge shall be increased”. And thus, the prophecies become fulfilled in our
time.

Likewise, the Bible tells us how his followers will be gathered in “the clouds”.
Mark 13:26-27 – “At that time people will see the Son of Man coming in clouds
with great power and glory. And he will send his angels and gather his elect from
the four winds, from the ends of the earth to the ends of the heavens”

This is proof that the “clouds of the internet” are the gathering place of Lord RayEl’s
elect.

The world watched Lord RayEl descend over Jerusalem, EXACTLY the way the Bible
said he would. The light came down from the clouds, and NOWHERE in the Bible
does it say that every eye will see him “AT THE SAME TIME”.