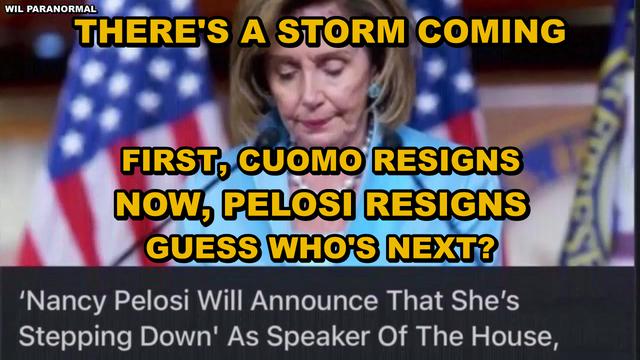 Democrats have solidified their effort to act as an Orwellian Ministry of Truth with the passage of Speaker Nancy Pelosi’s H.R. 1085 in the House of Representatives. This bill rewrites the historical facts from Jan. 6 under the guise of “honoring” the U.S. Capitol Police (USCP) who bravely protect Congress.

Pelosi’s goal, of course, isn’t to show respect and admiration to the Capitol Police—which would be particularly ironic coming from the “defund the police” party—but to perpetuate a false narrative that 74-plus million Americans are dangerous racists and insurrectionists who have no part in civilized society.

H.R. 1085 states its purpose as “to award three congressional gold medals to the United States Capitol Police and those who protected the U.S. Capitol on January 6, 2021.”

That certainly sounds innocent enough. However, the language in the bill editorializes in its “findings” Pelosi’s deliberately politicized view of what happened that day, instead of doing what a bill put before members of Congress for a vote to recognize the USCP presumably would do, which is to recount the many meritorious acts of our brave and devoted officers.

When Pelosi’s bill speaks of “a mob of insurrectionists,” she ascribes both a mental state and a crime to many Americans who merely showed up to a rally to protest the blatant corruption they’ve witnessed in this nation’s electoral system.

To illustrate how hyperbolic and outright deceptive Pelosi’s choice of words is here, the internet’s own Free Dictionary defines “insurrectionist” as “a person who takes part in an armed rebellion against the constituted authority,” which is another way of saying the government.

These are the words that Pelosi has chosen to use to accuse her fellow Americans of the crime of armed insurrection. As any first-year law student can tell you, publicly accusing someone of a crime is actionable as libel or slander in a court of law.

The facts as we know them, including testimony before the U.S. Senate from an FBI counterterrorism official, reveals that not a single individual who entered the building that day was carrying a firearm, and as a result, none were arrested and charged with a firearms offense.

Because of my high regard for the Capitol Police, some of whom I personally know and hold in great esteem, I wanted to recognize their valor without lending credence to these deliberate falsehoods. Had I voted in favor of the Speaker’s language, I would have affirmed her narrative.

It is for this reason that my colleagues and I removed her divisive language and filed that bill to honor our Capitol Police, so that every member of Congress could vote on a non-politicized bill in good conscience.

As to be expected, the left and the media set out to attack my colleagues and me for voting against Pelosi’s narrative, which engaged in the ultimate gaslighting of the American people.

For months, our country was under violent siege by radical leftists from Antifa and the Black Lives Matter movement. Cities were burned, businesses were looted, and livelihoods were destroyed.

A disturbing report from the Major Cities Chiefs Association revealed that between May 25 and July 31, 2020, 8,700 protests took place across the country. Of those, 574 of them turned into riots in which mass looting and destruction occurred.

At least 2,000 police officers were injured, multiple police precincts were set on fire, hundreds of police cars were damaged, 2,385 incidents of looting occurred, and 624 arsons were reported.

At least 25 Americans were killed, including a federal law enforcement officer and a retired police chief. The damage to property during the riots has been estimated to cost between $1 billion and $2 billion.

What did Democrats do while this was occurring?

Our now-Vice President Kamala Harris urged her followers on Twitter to bail out the rioters. This same bail fund helped free one rioter twice. Since then, he is “facing three new felony counts of fifth-degree possession of a controlled substance while in possession of a firearm for allegedly having marijuana, cocaine, and psilocyn mushrooms.”

When mobs were destroying city property, Pelosi casually responded that “people will do what they do.” Radical leftist lawmakers introduced a bill to defund the police.

Democrats showed no concern for the thousands of innocent lives that were destroyed due to the riots over the summer. We certainly didn’t hear them condemn the violence against the thousands of police officers that took place during these “mostly peaceful protests.”

Unlike what we now see at the Capitol fortress in Washington, there were no calls from the left for the National Guard to deploy to these cities and install fencing to protect its residents. To the contrary, when President Donald Trump sent DHS officers to Portland, Oregon, after weeks of unrest, Pelosi called them “stormtroopers” and “Trump’s secret police.”

Many Americans, and I suspect many law enforcement officers, see right through the Democrats’ recent, fraudulent metamorphosis into the party of law and order.

As someone who has spent a majority of my adult life working for justice, law and order with an abiding respect for honorable, self-sacrificing law officers, I call upon Congress to set aside its self-serving agenda in this time of great peril and to bring forth responsible legislation in the future, not continue down this path of divisiveness.

As members of Congress, we owe it to those who elected us to hold sacred our vows and our duties as America’s lawmakers.