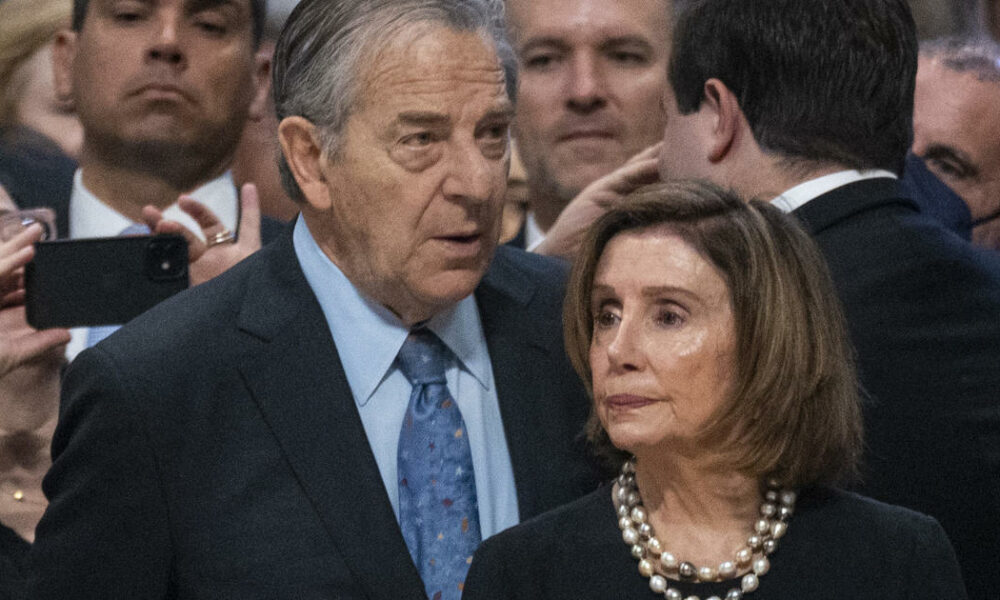 Paul Pelosi, whom GITMO staff have called a model prisoner, was asked on Christmas Eve whether he had final words for his wife before she heads to gallows Tuesday morning.

The mere mention of her name triggered in Paul an emotional eruption; his face reddened and rivulets of tears streamed down his cheeks—they were born not of sorrow, he said, but of happiness. He said he hoped Nancy’s downfall would be catharsis by proxy, that her death would liberate him from all the years of suffering and anguish he’d endured at her hands. Her death, he added, would catapult him to freedom, for her living essence, even incarcerated, vexed him like an un-scratchable itch.

Paul told staff he’d be delighted to pay final respects, conditionally. He asked that Nancy be gagged; otherwise, she’d launch into a verbal invective and he’d never get a word in. Nancy’s speech, once started, was like a barrel rolling down hill, bouncing and looping out of control. Oddly, staff complied. Paul’s good behavior and testimony against Nancy must have earned him a few favors. He also said he wanted his comments to Nancy “on the record,” for history’s sake.

A muscular Marine and an officer escorted Paul to a small, square room illuminated by fluorescent fixtures on the ceiling. Below, two empty office chairs were facing each other and spaced five feet apart. Paul took the seat farthest from the door an drew a deep breath as Nancy—handcuffed, kicking, and trying to scream through her muzzle—appeared in the doorway, her prison shoes slipping and sliding on the tiled floor. Behind her stood a Marine, his hands grasping and squeezing her upper arms as if she were an accordion. He cautioned her to calm down and behave while pushing her trembling body into the seat opposite Paul.

Anger flashed in Nancy’s eyes. Her complexion flushed. She stared at Paul like a creature possessed.

“Hello, Nancy,” Paul said calmly. “This was short notice, so I didn’t have time to make a list. I know Christina is not my biological daughter. Yes, she has some of my features, no, I didn’t do a test. A man knows these things. I kept quiet, but I want you to know, I knew all along. I hate you in ways I can’t even articulate and have words I won’t say in other company. For over 20 years you’ve treated me like an unwelcome house guest, or a cat to kick, but when I wanted to leave, you threatened to destroy me, or worse. Not because you loved me. You needed someone to bully. I may be in prison, but you’re going to die, and I won’t shed a tear for you. I’m happier here than I was with you—here, I have peace. No one bothers me. No incessant nagging. No bickering. No threats to my life. You’re the most vile, wicked woman on the earth. Hillary Clinton was Mother Theresa compared to you, you ungrateful, egocentric, megalomaniac. You’re a narcissistic, inconsiderate bitch, and a psychopath. Now I’m sober and see clearly. And now I, and the world, will be rid of you once and for all.”

Froth soaked Nancy’s gag and drizzled down the corners of her lips. The Marine laid his hands on her shoulders, stopping her from propelling from the seat.

“Merry Christmas, Nancy,” Paul said, his voice hollow and devoid of emotion. “My slate is clean.”

The Marines and the officer escorted Paul to his cell, and Nancy to hers.

Rumor has it Paul may receive a reduced sentence.