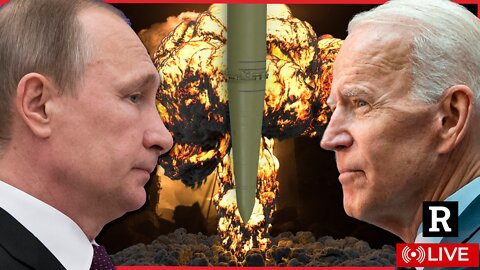 In less than 24 hours voting wraps up in the Donbass region of Ukraine where the four regions will vote to join the Russian Federation. Putin has amassed a massive amount of military personnel and heavy weapons ready to deploy. Over the weekend the Biden admin threatened nuclear war against Russia. The WEF globalists are in full panic mode over Italy’s election.

Clayton Morris is a former Fox News anchor. In Redacted, Clayton and his wife Natali take an in-depth look at the legal, social, financial, and personal issues that matter to you. They want to set the record straight and bring you the stories nobody else is telling. Along with the facts and the full picture, Redacted offers real-world analysis without an agency driven by corporate overloads. With Clayton’s extensive journalism experience, he isn’t afraid to demand the truth from authorities. Redacted is an independent platform, unencumbered by external factors or restrictive policies on which Clayton and Natali Morris bring you quality information, balanced reporting, constructive debate, and thoughtful narratives.