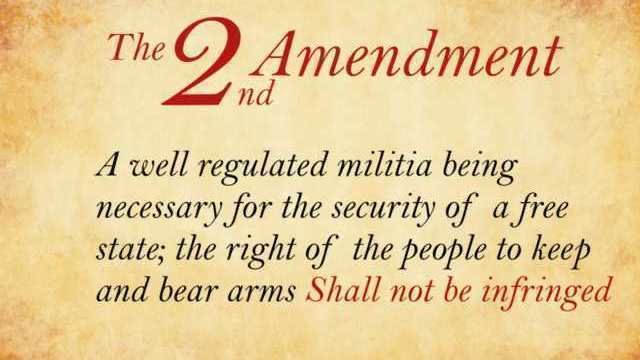 The Second Amendment to the United States Constitution protects the right to keep and bear arms. It was ratified on December 15, 1791, along with nine other articles of the Bill of Rights. In District of Columbia v. Heller, the Supreme Court affirmed for the first time that the right belongs to individuals, for self-defense in the home, while also including, as dicta, that the right is not unlimited and does not preclude the existence of certain long-standing prohibitions such as those forbidding “the possession of firearms by felons and the mentally ill” or restrictions on “the carrying of dangerous and unusual weapons”.

In McDonald v. City of Chicago the Supreme Court ruled that state and local governments are limited to the same extent as the federal government from infringing upon this right.