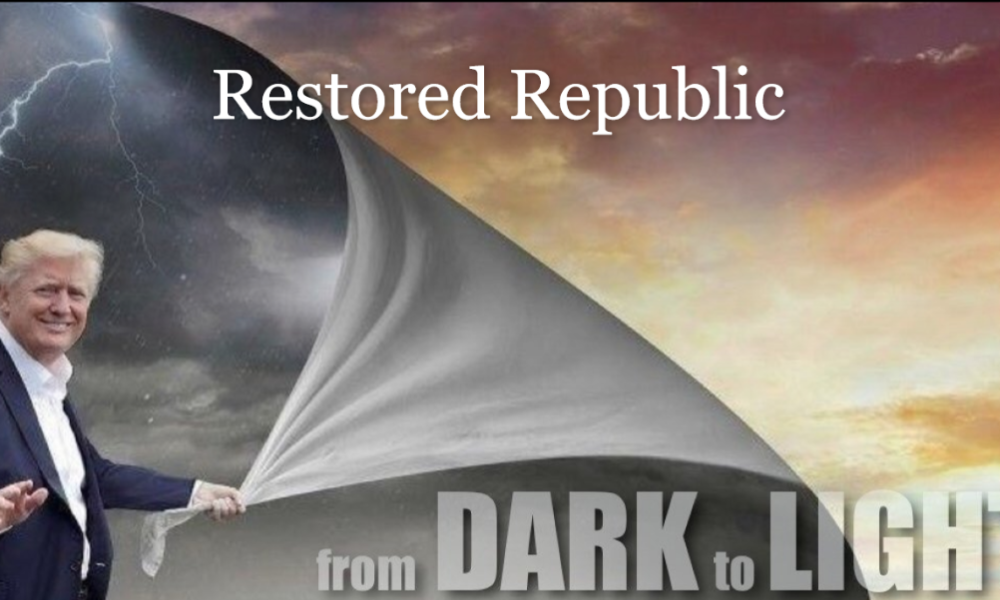 On Fri. morning 23 July Secured Cards began to be sent out to over eight million currency and Zim bond holders – which granted immediate access to monies in personal accounts in the Quantum Banking System. Delivery of those cards via FedEx was expected in the next couple of days according to Fleming’s Military Intel Contact.

The packages also contained Redemption/ Exchange instructions and a Non Disclosure Agreement to sign, plus a link to a Secured Website where one could obtain a personal 800# to set redemption/ exchange appointments at a Redemption Center of choice.

Sat. 24 July 2021 Nick Fleming: As of the past week, the banks stopped giving out information about the RV GCR, SKR accounts, and rollout/exchange. They have been as tight-lipped as a priest in confession. With good reason. There are many details which are still being written in cement. Suffice to say, all parties to the original Agreement are patiently waiting for this to start and confident that it will. When is not given, only that, “T4B start is dead ahead at any moment.” We can hope it’s today.

Reason for all of the grumbling among various published individuals, is that they don’t like the new protocols, or they are simply not informed.

The RV GCR has been taken out of the hands of the “paymasters”. It’s been simplified and brokers involvement has ended. The ability for aggregators to steal other’s currencies, has been eliminated right along with the opportunity for hidden fees/charges/splits. There will be some corrections taking place and it will all be handled easily.

For example, 1), there are a lot of people involved in this Exchange/Redemption process, that are holding assets of account for currencies turned over to another party, that will be very pleasantly surprised. The amounts they receive will represent the live rate at the time that notifications for Tier 4 begins. While a lot of these people had previously agreed to accept pennies on their prior negotiated contract. Some of these Agreements were written over a decade ago, it doesn’t matter. The adjustment to equal parity across the board, facilitated by QFS, is something everyone will have to get used to. Some benefit, a few (middle-men) don’t, but most involved will.

For example, 2) the FINES AND PENALTIES – adjudicated accounts, including CMKX, CMKM, Farm Claims, Omega, etc., have all been moved into this Quantum Banking System to be managed via the rollout, along with all of Tier 4. There are no further private deliveries taking place. Once the 8 million receive their cards, they will go online, authenticate that they are the proper owner of this card, and viola! Their assets under these Prosperity Programs, and penny stocks (CMKX), will all be displayed. If not, they can call the 800#, or visit the Safe Link that Fleming and other information providers will provide. They will make an appointment with the Private Banking Division, to manage their issues in person.

The DoD is in charge and have a lot of explaining to do to everyone but, it’s not time for this disclosure yet. The 40+ questions we asked a couple of days ago have not been fully explained. Once these questions are answered everyone will relax and be very happy. Answers have been committed. We can know that the Quantum Banking System in control here, taking action as needed in milliseconds, makes everything simple, irreversible, unstoppable, and fair. “Fair” is another term for parity. No one has advantage because of entitlement/good-ole-boy connections. Everyone benefits equally with generous rates.

There will be a 15% tax implemented all over the world, for “investments”. FinCen reports will be issued for anyone talking about “investing in currency,” so be aware of this. “Currency exchange” is not an investment. But, we can know that bonds are always purchased for investment. Always were, always will be. Post exchange many of us will be buying bonds as an “investment” and it makes sense. So, be prepared to pay 15%. Anyone discussing Zim-funded projects will be discussing an “investment” vs a currency exchange.

Bottom line is that it’s all being fairly managed, for optimum results. This is the watershed event to lift our world to a healthy state. We’ll have a few large waves to ride out but in the end, it’s going to be plentiful and for everyone, in every nation state.

Also on Fri. 23 July Disclosure began when John McAfee unlocked his Dead Man Switch and evil deeds of previous presidents and staff was released from anti-virus software that had gathered the data from government computers over the years. The Demonic Democrats, Deep State, Propaganda Media, Big Tech, Monetary System Big Banks and Pharm were all being exposed.

This last week was one of Cabal HAARP and Tectonic weapon-induced floods, storms, hurricanes, tornadoes, droughts, earthquakes, volcanoes, tsunamis and DEW (Direct Energy Weapon highly focused energy laser)-induced fires across the West, planned to combine with their bio-weapons of COVID 19 and vaccines, plus their plans to poison our food supply to create food, gas, goods and supply shortages and thus civil unrest in the near future.

Worldwide crises events were expected to soon require activation of an Emergency Broadcast System that would combine with over 50,000 mass arrests of mainly child sex political and global elite perpetrators and coincide with release of the RV.

A list of all of the currencies that you bought would be in your card, along with a dollar amount of the rate of exchange. If you disagreed with the amount, or if the amount of bonds and currency you had was incorrect you could take your currency and bonds to your appointment and correct your account.

You would authenticate the card and then could use it to access your account and gain immediate access to spendable funds. The card becomes active for what’s in your account the day it’s issued.

If you didn’t receive a card for whatever reason, you could obtain a redemption/ exchange appointment through the Secured Website which would be published on various Dinar Websites, plus be available in these updates. You would be given your Secured Card at your appointment.

Those with projects would also redeem through the Redemption Center via use of your personal Wealth Manager.

You could negotiate a special rate by making an appointment at a Redemption Center and presenting your case.

Your humanitarian project would be handled in consultation with an assigned Wealth Manager. Your information would be held confidential.

• If you have any unusual situation you can still go to the Redemption / Exchange Centers and explain your situation and they will work it all out.

• These accounts are going out globally. Nationally and globally, everyone in every participating country will have an account like this and a card.

• If there was currency that went missing in the mail, what do we do about this? Nick has been told it won’t be a problem. Any currency you bought will show up there.

• What if you already have a PRIVATE BANKER at WF? Can we work with this person? YES.

• A friend and I bought currency together, and we split it. He bought it. I kept half. – Just enter this info on your account, where all of your currencies are listed.

• How will I know where my Redemption / Exchange Centers is? This address and instructions will come through the Safe Link Websites.

• If you bought currency from any licensed dealer, they have your address. If your address is different just go down to the redemption center.

• If the Zim happening now or is it a later date? – Take it with you know. Your account should show your Zim right now. But it may be easier to call and get an appointment to carry your Zim to the redemption center. Things are constantly changing here.

• They have started sending out cards already, today. So, theoretically, based on what they have said, receivers that access their account, validate their card, will have money on account right now.

The new currency rates were no longer Contract Rates, but considered Placeholder Rates that have been established for purposes of our RV.

That is, instead of Contract Rates, currency holders would exchange for the new Placeholder Rates as they appeared on the QFS.

Those Placeholder Rates had been locked in on the QFS weeks ago.

Those Placeholder Rates were determined by the rate that the authoring government agreed to pay and the supporting government (in this case UST), agreed to guarantee. In other words, the rates were pre-negotiated and would be the same for all across the board.

After a window of time (post Tier 4B Exchanges/ Redemption) these Placeholder Rates would go “live” and “float” – the same as all other currencies. Trades would continue as they normally do.

The Private Banking Divisions of the top tier 1 banks that are participating in this RV GCR will have a special committee that coordinates Humanitarian Project proposals. These committees will coordinate with each other for the benefit of the world.

If a person were presenting a Humanitarian Project this new oversight process would determine the Historic Bond and foreign currency Placeholder Rates by the amount of bonds and/or currency that person making the request held, plus what they determined to be the ability of that person to deliver on the project they were proposing.

This “Project” discussion would take whatever time it took.

In the meantime, the monies received from a person’s Exchange/ Redemption that was on their card would remain live and accessible to them.

Sat. 24 July MarkZ: I have multiple reports from bankers across the US that they were being brought into the banks on Mon. 26 July (many were on vacation until Aug.) because the banks were expecting a lot of changes. There were also reports of new ATM style machines for the new USTN’s being deployed throughout the states and other machines being updated.