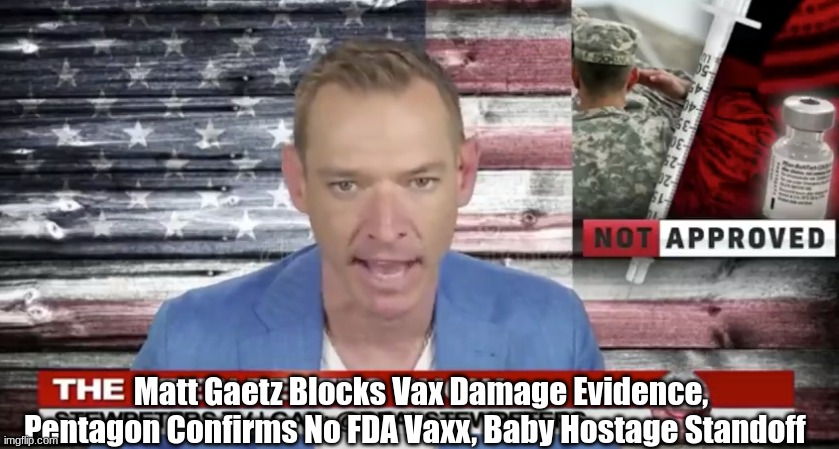 Former United States Air Force Captain, Jordan Karr, was forced to resign from her position just 3 WEEKS ago due to unlawful clot-shot mandates! She is already in a legal battle with the Department of Defense, and she needs all of the exposure she can get!

Dr. Jane Ruby sends her warning to all parents about the Hepatitis outbreaks, predicting to heavily hit in June!

Attorney Thomas Renz single handedly defeated the Pentagon’s unconstitutional mandates for the Navy on behalf of Lt. Billy Mosley who was faced with termination for not taking the deadly jab!

Todd Murray and his wife have had their newborn baby STOLEN from them by hospital staff, after Mrs. Murray tested positive for COVID-19 with ZERO symptoms. This is a BABY HOSTAGE!