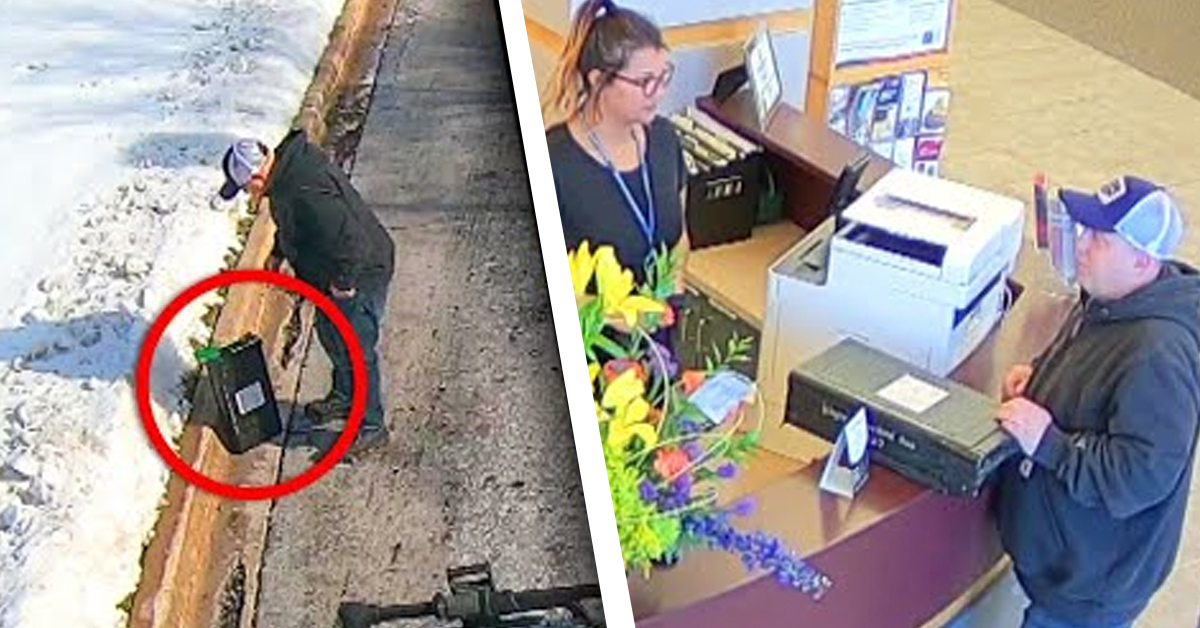 When Michigan resident George Condash discovered $27,000 in cash left outside of a credit union in Detroit. The cash had been left behind by an armored security guard and contained a tag saying that there was $40,000 in cash inside. But Condash said “not once” did he consider taking the money.

Surveillance video captured the moment Condash turned the cash in and the stunned look on the faces of the credit union staff.

“It’s not mine and any honest person, I would hope, would take it back in,” George Condash told WDIV.

An armored security guard left the cash outside an ATM at a Westland Federal Credit Union location, the television station reported. Surveillance video shows a plastic box in the road, and Condash stopping his vehicle to see what was left on the side of the ATM drive-thru, WDIV reported.

“I drove right around here and it was sitting about right here,” Condash told the television station. “Well first, I just thought it was trash. For some reason it hit me that, ‘Why don’t I just pick this up so no one else has to swerve around it?’”