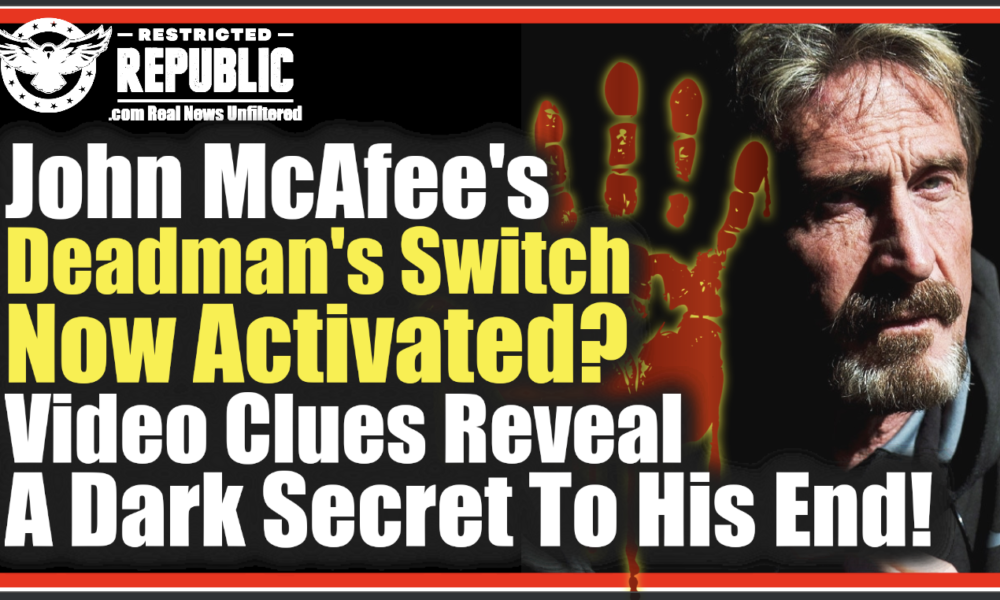 John McAfee deadman’s switch may be the stuff of legend; but the video evidence he left behind is not! There is a story that can be covered and one that is banned from most media…clues to his death however connect and much different narrative. A narrative so evil, so dark and so hidden it is a portion of The Biggest War The World Has Never Seen. Let’s discuss exactly what that means.