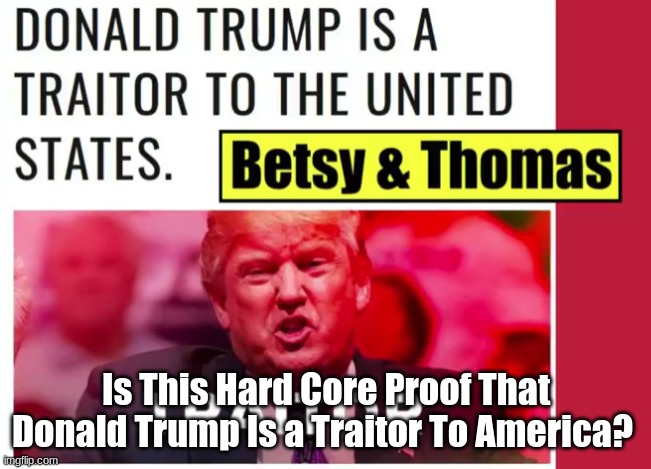 Some of former president Donald Trump’s actions and decisions have begun to raise questions for many of us. These are questions we need to ask ourselves and consider whether we were duped or not.  ‘Betsy and Thomas’ have supported Donald Trump since the day he and Melania came down the escalator in Trump Towers to make their announcement.

We are as devastated, as any of you might be, after discovering that Trump threw the whole world under the bus for big pharma with an executive action that he signed in January 2020.

If what we discovered is part of a counter intelligence operation to expose and destroy the British Pilgrims, we need to know now. Is Trump a man of God and TRUTH or son of Satan and lies?