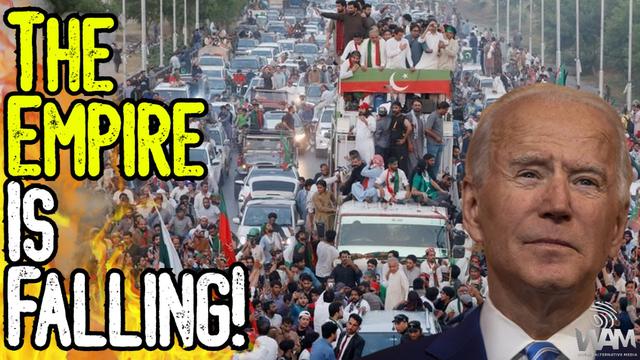 Josh Sigurdson reports on the massive protests of hundreds of thousands of people protesting against Joe Biden and the US Empire in Pakistan following the ousting of Imran Khan, former Prime Minister of Pakistan, thrown out in what appears to be a US led coup.

While we see the US propped up military attacking and gassing protesters, Biden is handing over sovereignty to the WHO via their new treaty which will bring about the Great Reset. All the while, people are growing more and more dismayed with Biden in the United States due to inflation, supply chain issues, his dementia and of course the gun grabbing.

This is a controlled collapse of the US empire in order to move into a new world order backed by a Chinese style system. Not only is this dangerous, it’s also anti-human and absolutely technocratic.

In this video, we break down the opposition and the agenda.