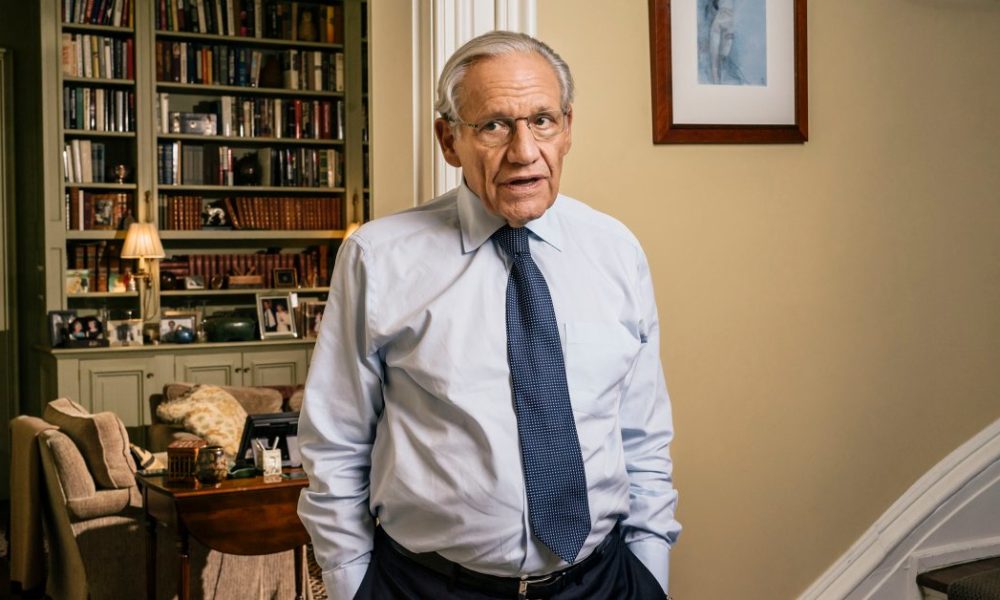 Once a decent journalist, Pulitzer Prize winning author Bob Woodward has spent the last decade denigrating himself to the halls of hackery; he has become a purveyor of disinformation and collects income not only from book sales but also from Deep State figureheads who still quake in fear at the thought of Donald J. Trump returning to power.

Woodward has now written three hit pieces on Trump: Fear (2018); Rage (2020); and now Peril(2021). The three paint an almost chronological portrait of a reimagined Trump presidency, highlighting a man whose terrifying, whimsical caprice imperiled the world and nearly capsized the United States. If Woodward is to be believed, Trump’s own people, fearing the Donald would start a nuclear war, betrayed him to safeguard the U.S. and the world.

But Woodward, a journalist transmogrified into a disinformation specialist, should not be believed.

RRN obtained an advance copy of Peril, and I read it cover-to-cover three times, not because I enjoy reading drivel but because I wanted to ensure I could accurately refute Woodward’s claims.

Peril’s pages are replete with inaccuracies and fallacies, tales either invented of whole cloth or taken grossly out of context, written specifically to villainize, demonize, and malign Trump’s presidency.

Peril focuses primarily on Trump’s final days in office, with much attention given to Jan 6 and the so-called Capitol riot. In the book, Woodward alleges that top military commanders acted in secrecy to prevent Trump from launching a dangerous military strike or ordering nuclear weapons launch because he was bitter over his election loss and wanted to go out with a bang. According to Woodward, these same military commanders feared Trump would stage a domestic “false flag” event as an excuse to start a new war.

Woodward’s principal source was Gen. Mark A. Milley, whom Woodward claims to have interviewed many times. Throughout Peril, the author only nebulously supplies dates for these supposed interviews, and dates are important. Important because Real Raw News has asserted and still believes that Milley was overthrown on April 14 and replaced by Marine Corps Gen. David H. Berger, a fact the MSM won’t acknowledge.

“It’s a shadow war,” Col. Andrew M. Kelley, Commanding Officer of the 10th Marines, told RRN. “The Deep State won’t admit to its losses because it fears such knowledge will cause it to lose its grip, its stranglehold, on society. We are keeping it quiet because we don’t want to see neighbors taking up arms against neighbors, spilling American blood on American streets. That’s what we’re trying to prevent. Rest assured, Milley has been out of power and is at GITMO.”

If Woodward interviewed Milley prior to April 14, the interviews might have taken place. If, on the other hand, they happened after April 14, Woodward either invented the interviews or held them with a body double masquerading as the real Gen. Mark A. Milley. In either case, Milley, though appointed by Trump, was always a Deep State plant acting against the interests of the United States of America.

The book has at least one truth: in the aftermath of Jan 6, Milley—the real Milley—conspired with House Speaker Nancy Pelosi to strip Trump of the nuclear command codes that control our nation’s strategic arsenal. Woodward’s notion that this coup was successful is purely apocryphal; Trump retained the codes and the nuclear football until January 20, after which, in accordance with the Insurrection Act of 1807, the military took provisional control of the nuclear codes to prevent the illegitimate Biden administration from wantonly propelling the U.S. into a nuclear war.

Peril’s pages spend much time portraying Trump as a stark raving lunatic who needlessly belittled and berated both staff and family. Yes, Trump has a temper, but what sane and rational president wouldn’t get hot after discovering that his VP and AG were Deep State plants. But Woodward’s stories of Trump cussing out everyone from Melania to Jared Kushner, from Rudy Giuliani to Steve Bannon, and even his own sons are purely invented, according to reliable sources RRN has spoken to.

I could write 1,000 pages thrashing Woodward’s prose, but it’s not worth my time, or yours. Bottom line, the book is junk. For any of it to be true means that Woodward lives in a parallel universe.

Peril is published by Simon & Schuster, which is partly funded by none other than George Soros and the Open Society Foundation.