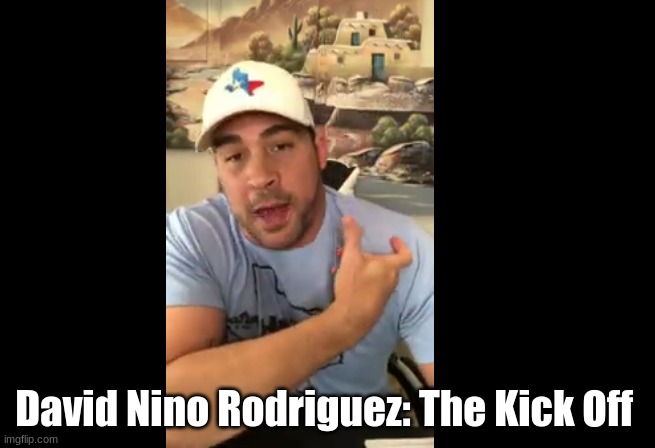 In his latest video, David exposes some of the signs the Trump family gives us, and how the lock-downs may be the go switch for the oncoming storm. David also discusses preparing for the coming financial collapse that may be heading our way.

He is quickly becoming one of the top alternative news reporters and gives knockout coverage every time..

Never give up and always show up. That was the early life-lesson heavyweight boxer David “Nino” Rodriguez most attributes the success of his career to. Of his 36 professional bouts, he has an impressive record of 34 KOs with 24 of them being in the first round, a number that relieved Mike Tyson of his legendary first-round record. Rodriguez was born in El Paso, Texas. He first hit the bags and began learning simple combinations at the early age of 5.

At age 14 he had his first amateur fight against a Junior Olympic Champion. He was a bundle of nerves and was beat up badly in the first round; but in the second, knocked his seasoned adversary out cold. It shocked the tournament and garnered headlines. But more than that, Rodriguez had now been given the taste of blood, which only served to further fuel his passion for the brutal but beautiful craft of boxing.

As Rodriguez took on more fights, he quickly drew attention by pummeling his opponents and progressively sparring veteran fighters. After contending at the amateur level for 7 years, David entered into his professional career..