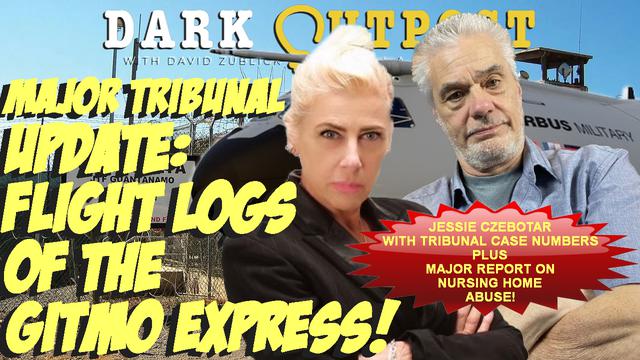 Tony Stowell joins us to discuss the case of his mother, who was murdered due abuse in a nursing home. He’s fighting get legislation known as Antoni’a :aw passed to put CCTV cameras in all nursing homes. Jessie Czebotar of Illuminate The Darkness presents actual military tribunal cases numbers to prove that the trials are taking place. Many more indictments are about to go down. Plus… we are now making available the flight logs of those VIP pedophiles being transported to Guantanamo Bay for their own tribunals. These logs of those on the Gitmo Express have just been released and contain the names of those transported there, some of whom are still awaiting justice.