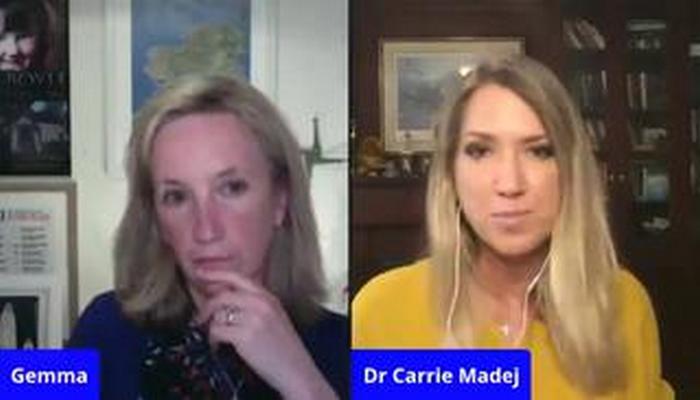 rad Hazzard, the “Minister for Health and Medical Research” in New Wales, Australia, has announced that the latest “wave” of Wuhan coronavirus (Covid-19) lockdowns marks the beginning of the “new world order.”

Disturbing footage – see below – shows Hazzard casually announcing the arrival of the new world order, urging everyone to “accept” it because it is “just the way it is.”

“This is a world pandemic,” Hazzard further stated about the arrival of the new age. “It’s a one in 100-year event. So, you can expect that we will have transmission from time to time, and that’s just the way it is. We’ve got to accept that this is the new world order.”

The new world order has been a subject of casual conversation among globalist politicians for years. Joe Biden, back when he was vice president under Barack Obama, openly talked about it, as did the late George H.W. Bush.

The plan all along has been to erase all borders, eliminate all national sovereignty, and absorb the populations of the world into a global enslavement paradigm. Nobody seemed to know what the catalyst would be to push the world over the edge, but it has now arrived in the form of the Chinese Virus.

In Australia, the new world order is taking shape as outdoor gatherings being restricted to no more than two people. All outdoor exercise must also take place within six miles of one’s home.

Australians are also prohibited from browsing in stores, and only one person from each household is now allowed to shop for what the government considers to be “essential” items.

As for funerals, only 10 Australians at a time are allowed to attend one. Any more than that might increase the “spread” of one of the Fauci Flu “variants,” which contrary to what the government is saying are actually being spread by the “vaccines.”

Keep in mind that Australia has had only one – yes, one – death so far in 2021 that has been blamed on “covid.” Because of this, the entire country is now being plunged into an even worse tyranny than what was imposed last fall.

In other words, one person dies, the government blames it on Chinese Germs, and now 25 million people are being told that they must remain locked down and imprisoned inside their homes forever as part of the new world order.

It is highly likely that American politicians will soon attempt the same thing here in the United States, using the same nonsensical fearmongering about scary “variants” as an excuse to torture the nation with anti-social restrictions and stay-at-home mandates.

What was the point of the injections, again? Oh yeah, there never was a point other than mass depopulation and slavery. Welcome to the new world order and the “great reset.”

“Australia needs an armed revolt with people like this swinging from tall trees or lampposts,” wrote one commenter at Infowars about this latest round of Wuhan Flu tyranny. “Wouldn’t hurt to see it happen here as well.”

“I bet you 99% of the current world population do not know there are laws like the Nuremberg Codes for their protection,” wrote another.

“Please take note of these codes and see for yourself how your governments worldwide under the control of the U.N. enforce their NWO agenda and lies upon you. The current vaccines are experimental while they pretend it is approved. Approved by whom?”

The latest news about how the Chinese Virus is a cover for the implementation of global tyranny under a new world order can be found at Pandemic.news.