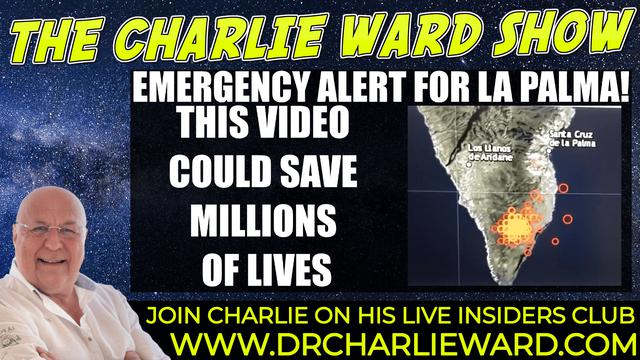 The first volcanic eruption in 50 years on La Palma in the Spanish Canary Islands has forced about 5,500 residents to evacuate.

Lava from the Cumbre Vieja volcano has been pouring downhill since the eruption on Sunday, Sept. 19. Local officials have said that at least 100 houses have been destroyed by lava, but the streams were advancing slower than originally predicted.

“The movement of lava is much slower than it was initially. There has not been a large advance during the day,” said local emergency coordinator Miguel Angel Morcuende.

The flow of molten rock will not reach the Atlantic Ocean on Monday evening, Sept. 20, as earlier estimated. But if and when it does, experts warn that it could trigger more explosions and releases of toxic gases.

Stavros Meletlidis, a doctor of volcanology at Spain’s National Geographical Institute (IGN), says the eruption has opened up five fissures in the hillside. “We have to measure the lava every day and that will help us to work it out.”

Canary Islands President Angel Victor Torres says the damage from the eruption would be substantial. “It is still active and will continue to be active for the next few days.” (Related: Volcanic eruption triggered worst mass extinction in Earth’s history – study.)

Spanish Prime Minister Pedro Sanchez has flown to La Palma to oversee rescue efforts and meet with Torres. According to Sanchez, authorities are closely monitoring fires that may start from the burning lava. The military and the civil guard have been deployed to help.

Sanchez has delayed his departure for the United Nations General Assembly in New York to discuss with Torres the emergency services’ response to the eruption. No casualties have been reported so far. There are mandatory evacuation orders for four villages, including El Paso and Los Llanos de Aridane, and temporary shelters have been set up.

“Everything is going according to plan, and therefore the priority is to guarantee the safety of the citizens of La Palma who could be affected as a consequence of this eruption,” says Sanchez.

Regional airline Binter was forced to cancel four flights on Sunday due to the eruption, but the airspace above the islands remains open. About 360 tourists were evacuated from a resort in La Palma following the eruption and taken to the nearby island of Tenerife by boat early Monday. A total of more than 500 tourists are forced to leave their hotels.

Also on Monday, maritime authorities closed down shipping to the west of the island.

Spain’s Tourism Minister Reyes Maroto has tried to downplay the crisis. She says the eruption presents an opportunity to attract visitors to the island.

“The island is open. If your hotel is affected, we will find you another one,” says Maroto. “We can make the most of this opportunity. For the many tourists who want to enjoy what nature has brought to La Palma, they can do so in the coming weeks and months.”

Some tourists at the airport beg to differ.

“We want to leave as fast as possible,” says Wienard, a 55-year-old social worker from Salzburg.Discover All the Edible and Medicinal Plants in North America in Case of an Emergency

Eva, a 53-year old tourist from Austria, says the experience “was horrible.”

“We felt the earthquake, it started in the morning. Then at three in the afternoon the lady from our house came and said you have to pack everything and leave quickly,” she says. “We’re happy to go home now.”

Cumbre Vieja lies in the south of La Palma island, which is home to around 80,000 people.

Jonas Perez, a local tour guide, says he could still feel tremors from the eruption. “But now the most amazing thing, which I’ve never experienced, is that the noise coming from the volcano, it sounds like 20 fighter jets taking off and it’s extremely loud, it’s amazing.”

Over 22,000 earthquakes recorded around Cumbre Vieja in a span of seven days

La Palma has been put on high alert after more than 22,000 earthquakes were recorded around the volcano in a span of one week. (Related: Volcanic eruption looms in Iceland after 18,000 earthquakes struck over the past week.)Learn How To Manifest Anything You Desire In Life. Click Here For Proof

The Canaries, an archipelago of seven islands off north-west Africa, last recorded a volcanic eruption in 2011 – undersea off the island of El Hierro. Cumbre Vieja last erupted in 1971 and in 1949. In 1971, one man was killed while taking photographs near the lava flows. The earliest recorded eruption in La Palma was in 1430, according to the IGN.

Residents on the island have expressed shock at the sudden eruption.

“When the volcano erupted today, I was scared. For journalists it is something spectacular, for us it is a tragedy. I think the lava has reached some relatives’ houses,” says Isabel Fuentes tells the broadcaster TVE.

“It’s exciting,” Monica, a teacher on the island, tells the newspaper El País. “But at the same time it’s worrying, because there are many houses threatened by lava.”

Sergio Sarti tells the BBC that he was hiking on La Palma when the volcano started to erupt.This Clinical Potency Curcumin is 14,000x Stronger for Fighting Pain and Inflammation! (VIDEO)

“I fear further big eruption of the volcano,” he says. “It’s like 200 meters altitude of fire, and then a big river of lava that is going closer and closer to the coast. I saw how many houses were covered by lava, and families crying. We didn’t expect this to happen now. I was walking near the volcano when it exploded. I didn’t expect it. This is amazing.”