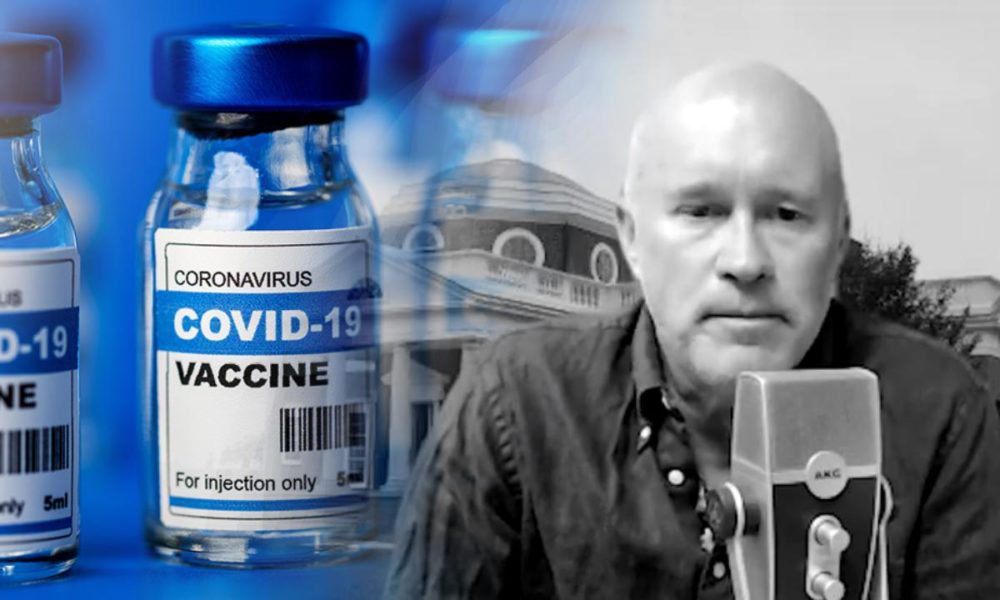 Dr. David Martin was the gentleman who followed the money and determined the US, through Dr. Anthony Fauci, was funding the deadly studies going on with viruses in the Wuhan lab in China. Now, he is clarifying what we reported on a couple of weeks ago and that is that the COVID shot approved by the Food and Drug Administration isn’t even available in the US markeplace.

“When members of the mainstream suggest that this approval has suddenly put what is sitting in freezers around the world into an approved status, that’s actually not true,” Martin said during his appearance on “Brighteon Conversations.”

“There are still manufacturing guidelines that were not required for the EUA that would be required for a full-approved product.”

He told Health Ranger Mike Adams that the FDA has approved a “unicorn.”

“Comirnaty does not exist,” Martin said, referring to the brand name of the Pfizer vaccine granted full approval by the federal agency. “The approval is for future production of COVID vaccine.”

Martin related that some vital information had been redacted in the approval letter that Pfizer had, as well as in its official publication from the FDA.

Both Adams and Martin agreed that the confusion brought by the approval was compounded by the extension of the emergency use authorization (EUA) for the Pfizer vaccine used for children between the ages 12 and 15, as well as for the Moderna and the Johnson & Johnson COVID-19 vaccines.

“The mandate for EUA has to live inside of no clinical alternative,” said Martin. “The moment there is an approval, then the EUA protections for Moderna and Johnson & Johnson would cease to exist instantaneously.”

In its approval letter, the FDA acknowledged that there is “a significant amount” of the Pfizer COVID-19 vaccine produced under EUA still available for use. The FDA ruled that Pfizer’s COVID-19 vaccine under the EUA should remain unlicensed but can be used “interchangeably” with Comirnaty.

Under the circumstances, it was clear that the granting of full approval was a calculated move by the government to encourage businesses and schools to impose vaccine mandates and enable Pfizer to unload inventories of its COVID-19 vaccine under EUA. Martin said the Biden administration is pushing to get students vaccinated in time for the start of the coming school year.

Difference between fully approved and under EUA products

There is a huge real-world difference between products approved under EUA compared with those fully approved by the FDA.

EUA products are experimental under U.S. laws. Both the Nuremberg Code and federal regulations state that no one can force a human being to participate in the experiment. Under U.S. laws, it is unlawful to deny someone a job or an education because they refuse to be an experimental subject. Potential recipients have an absolute right to refuse experimental vaccines.

On the other hand, U.S. laws permit employers and schools to require students and workers to take licensed vaccines.

EUA-approved vaccines have an extraordinary liability shield under the 2005 Public Readiness and Preparedness Act. Vaccine manufacturers, distributors, providers and government planners are immune from liability.

The only way an injured party can sue is if he or she can prove willful misconduct and if the U.S. government has also brought an enforcement action against the party for willful misconduct. No such lawsuit has ever succeeded.

The Comirnaty vaccine is subject to the same product liability laws as other U.S. products. Licensed adult vaccines, including Comirnaty, do not enjoy any liability shield. People injured by the Comirnaty vaccine could potentially sue for damages. Jury awards could be astronomical, so Pfizer is unlikely to allow any American to take a Comirnaty vaccine until it can somehow arrange immunity for the product.

Members of the mainstream media were quick to report that vaccine mandates are now legal for military, healthcare workers, college students and employees in many industries following the full approval given by the FDA to Comirnaty on Aug. 23.

The Pentagon promptly announced it will go ahead with its plan to force members of the military to get vaccinated against the virus, while New York City announced on the same day that all public school teachers and other staffers will have to get vaccinated.

One of the first to implement the requirement was the State University of New York (SUNY) system, which has nearly 400,000 students and more than 85,000 faculty members spread across its 64 campuses. Several other prominent institutions are expected to impose vaccine mandates after consultation with their Boards of Trustees and state officials.

Fauci started all the madness decades ago

According to Martin, this madness all started in 1999. It was when National Institute of Allergy and Infectious Diseases (NIAID) Director Anthony Fauci came up with the idea of creating an infectious replication-defective form of coronavirus. Fauci paid researchers at the University of North Carolina at Chapel Hill to invent a pathogen that did not exist, Martin said.

Fauci essentially asked the researchers to create a bioweapon. “You cannot manufacture a bioweapon and not say that you’re trying to kill people. That’s what a bioweapon is for,” Martin said.

Kizzy Corbett, the person behind the development of COVID-19 vaccines using mRNA technology, once said: “It’s really cool because you don’t even need much of lab. You can build one of these on your computer at home.”

That, Martin said, is an admission of biological warfare.

These criminals must be brought to justice. The bait and switch tactics will, no doubt, result in many people getting the shot thinking it is approved when it is not.