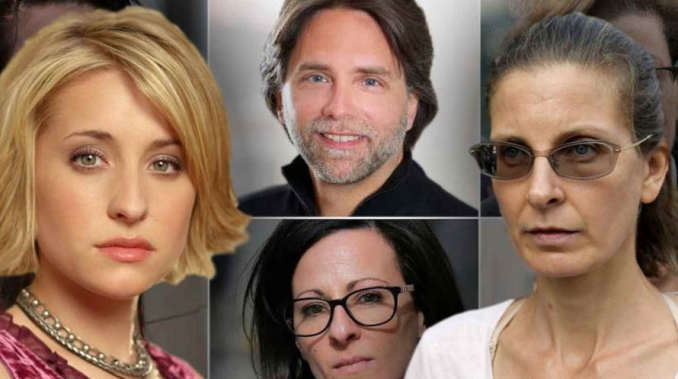 Billionaire heiress of Seagram, Clare Bronfman, was indicted on racketeering charges in federal court in 2018. The indictment was connected to her involvement as Operations Director for the NXIVM sex cult which ensnared Smallville star Allison Mack as well.

Last year, prosecutors came forward saying that this billionaire heiress was protecting her fellow cronies with a massive amount of money in the form of a defense trust fund. After a two-year long battle, Bronfman was sentenced on Wednesday to over 6 years for her role in the cult.

Brooklyn federal court Judge Nicholas G. Garaufis sentenced Bronfman to 81 months as he tore into her for using her money to protect sex traffickers while silencing victims and critics.

Bronfman “used her incredible wealth and attempted to use her social status and connections not only to support Nxivm’s work, but also as a means of intimidating, threatening, and exacting revenge upon individuals who dared to challenge its dogma,” he said.

According to the NY Post, before her sentence was handed down Wednesday, nine women who were victimized by Nxivm also tore into Bronfman, calling her a “dangerous megalomaniac” and “predator.”

The cult which Bronfman was found guilty of protecting was run by Keith Ranier who was convicted in June 2019 on charges of sex trafficking, forced labor, conspiracy, human trafficking and multiple counts of racketeering — including sexual exploitation of a child.

Even while she was on house arrest, former victims of the cult alleged that Bronfman still went after them.

“You’ve been under house arrest for two years, yet you have never stopped,” Barbara Bouchey tearfully told the court, The Associated Press reported.

Showing her dedication to the cause of sex trafficking and slavery was a letter Bronfman wrote to the court last month in which she said Nxivm had “greatly changed my life for the better” and that she wouldn’t denounce its leader — who was convicted of sex trafficking, slavery and child sexual abuse.

For those who don’t recall, Bronfman is the heir to the multi-billion dollar liquor fortune of Edgar Bronfman Sr, the billionaire who was formerly head of Seagram.

The Bronfman family has very close ties to the Rothschild banking dynasty as well, with members of both families belonging to many of the same companies, including their joint financial firm, Bronfman & Rothschild.

After her arrest in 2018, Bronfman walked free after agreeing to wear an ankle monitor and posting $100 million in bail — illustrating just how deep her pockets go.

Although Bronfman is not accused of sex trafficking like the group’s leaders Keith Raniere and Allison Mack, Frank Parlato, a former NXIVM publicist-turned-whistleblower told the New York Post that Bronfman is among the harshest leaders in the organization.

“She’s the enforcer — the brutal one. Clare’s running the [operation] now, and she’s the most ruthless of them. I’m issuing an absolute warning now. Clare Bronfman is a true fanatic, and if there’s a Jim Jones situation, everyone will commit suicide but her,” Parlato said after Raniere’s arrest.

As TFTP reported on April 27, the majority of the funding for NXIVM, over a reported $150 million, came from the trust funds of Seagram heiresses, Sara and Clare Bronfman:

Their involvement with Raniere allegedly began in 2002 and has been very public and controversial, with other members of the Bronfman family distancing themselvesfrom the sisters in the press.

Although this extremely important detail was left out of most mainstream reports, one of the main charges in the criminal indictment against Raniere and Mack was sex trafficking of children.

Though Raniere was found guilty last year, Mack is currently awaiting her fate. Although Bronfman was not implicated in the child trafficking charges, given the judge’s comments on what she knew and how she supported it, it is not far-fetched to speculate that she knew about it.

As TFTP has reported many times, sex offenders and their enablers all too often escape any form of actual punishment for their crimes against countless victims.

Fortunately, in this case, it appears some justice was served [she will probably be out in about three years, which doesn’t seem like a punishment befitting the crimes]. The 41-year-old heiress was taken into custody to begin her six-year and nine-month sentence immediately after her appearance Wednesday.