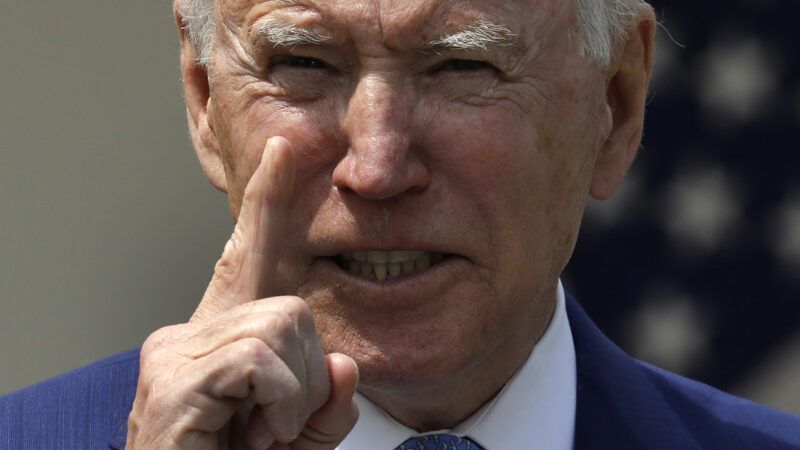 A very troubling new Security Council (SC) report circulating in the Kremlin today first noting Foreign Minister Sergey Lavrov warning that the West is working to “create a belt of instability” around Russia by “turning brother against brother”, with his stating: “Our Western colleagues are trying to expand their presence, including military, along the perimeter of our borders, including Central Asia and the Transcaucasus”, says in response to this blatant aggression Minister Lavrov declared: “I am confident, and nothing but confident, given the experience we already have from the 1980s and the early 1990s, that any unilateral concessions made by us will only be regarded as weakness…Our partners know how to do that…Afterwards, they put forward more and more unacceptable demands…That is why we will pursue an independent, nationally-oriented foreign policy, that is, a pragmatic foreign policy…We will not take into consideration any threats and ultimatums, except that we will stand firm against them”.

This report notes that this blatant aggression against the Russian Federation and its allies is being fomented by Supreme Socialist Leader Joe Biden, who this week insanely declared: “China’s Xi Jinping and Russia’s Vladimir Putin are banking on a future not of democracy but autocracy”—a declaration Biden made while speaking to a half-empty room at a CNN town hall, that was quickly branded a “dumpster fire town hall” because barely anyone watched it—after which CNN itself fact checked Biden calling many of his claims false—the following day saw Biden dementedly claiming during a White House speech that he was the Chairman of the Judiciary Committee 150-years-ago—yesterday saw Biden attending a political rally in Virginia that only attracted a paltry crowd, and of those few attending saw many of them booing and heckling him—all of which makes it more than understandable why Dr. Ronnie Jackson, the former White House physician for Presidents Obama and Trump, is now warning: “Something’s SERIOUSLY wrong with Biden – and it’s only going to get WORSE!…It’s past the point of embarrassment…He’s lost…He’s confused…He can barely put a coherent sentence together…He MUST have a cognitive exam and release the results!…I think that he’s either gonna, he’s either gonna resign, they’re going to convince him to resign from office at some point in the near future for medical issues, or they’re going to have to use the 25th Amendment to get rid of this man right now…There’s some serious stuff going on right now…This is a national security issue at this point”.

Most seriously and dangerously wrong with socialist leader Biden, this report explains, is his not even knowing the definition of “democracy” or “autocracy”—which if he did would see him knowing that the United States was officially declared an “oligarchy” in 2014 ruled over by an elite class of leaders at the expense of its under socialist siege citizens—and as for Russia, it’s a democratic nation having a strong presidential system, has partners that are democratic and partners that are not—has shown no inclination to bank on one or the other, as all it cares about is that foreign states are friendly, and their political systems are irrelevant—and whose main philosophy comes from 19th Century Slavophile thinker Konstantin Aksakov, which is: “The people do not interfere in government … the state does not interfere in the life and being of the people. … Thus, the relationship between the government and the people is a relationship of mutual non-interference”.

Unlike in Russia, however, this report notes, a “relationship of mutual non-interference” between the American peopleand their government isn’t possible because its “We the people” citizens are the government—a system of government that sees American lawmakers being nothing more than the representatives of their citizens’ will—but today sees the American people being locked out of their own government by Biden and his godless socialist forces.

The evidence proving this is true, this report details, can be seen in Princeton University researchers having just declared that the past year “could end up as the most violent year of this century”—a year that began with socialist Antifa and BLM terrorist forces loyal to Biden rampaging across America killing dozens and causing up to $2-billion in damage—saw socialist Democrats releasing millions of criminals from prisons using Covid as the excuse—then saw socialist Democrat Party leaders defunding police departments while they spend millions on their own private security forces—all of which explains why it’s now being reported: “A supermajority of likely voters (66%) want the Black Lives Matter and Antifa protests investigated, while a majority do not support Pelosi’s inquiry into the January 6 storming of the Capitol”.

In a functioning democracy like the United States laughably claims it is, where its citizens are the government, this report continues, the demand by this “supermajority” of Americans to investigate the socialist terrorist forces loyal to Biden for the crimes they’ve committed against humanity would be immediately heeded—but, in fact, the exact opposite is happening as Biden’s government has quietly dropped criminal charges against these socialist terrorists—and during the past 24-hours, it has seen Biden’s government dropping all charges against captured Chinese spies—that was quickly followed by Biden’s government suddenly dropping its criminal investigation into the governors of Michigan, Pennsylvanian and New York mass killing of elderly citizens by deliberately placing them in nursing homes infected with Covid.

As to why socialist leader Biden has stopped prosecuting Antifa-BLM terrorists, Chinese spies and mass murdering Blue State governors, this report notes, is because his Department of Justice is overwhelmed by what they call “the largest criminal prosecution in United States history”—an unprecedented and historic criminal investigation involving the mass protest that occurred at the US Capitol on 6 January, the shamefulness of which is palpable because this building is known as “The Peoples House”, and the American people have long known it belonged to them, not the lawmakers they allowed to temporally represent their interests—sees these criminal cases against these 6 January protestors being built on what one savvy electronic evidence consultant called a “Tower of Babel nightmare”—is a “nightmare” because what is happening to these protesters is beyond abhorrent—specifically due to Biden’s socialist prosecutors identifying anyone who stepped on a single blade of grass as the US Capitol, let alone entering the building itself, after which they scour this person’s entire past, and if finding them saying in any post, email, text, or uttering anything critical of Biden and/or the US government, they use these thoughts to charge them as terrorists.

Yesterday while socialist leader Biden continued to put his demented insanity on full display to the world, this report notes, yet another of these “domestic terrorist” 6 January protesters, named Andrew Taake was captured by FBI thugs after he was snitched out by a potential match on the dating app Bumble—after which it caused articles to appear around the world like “Protesters Worldwide Waving US Flags As ‘Symbol Of Freedom,’ I Have Bad News For You – It Now Stands For Snitch Nation”, wherein it states: “Our Democracy is such a paragon of freedom that the same people who howled about walls and fences  being immoral and evil quickly put up a barrier around the Capitol after the January 6 riot – and kept it there for six months…The same people who denounced the calls for the National Guard to quell the deadly 2020 riots brought 25,000 troops to secure Joe Biden’s presidential inauguration…The last of them didn’t leave until late May…All of these are tactics the US has itself denounced, as emblematic of systems that Washington had spent the better part of the 20th century actively fighting around the world – including in Cuba…A special kind of irony, indeed”.

With “irony” being an event that is deliberately contrary to what one expects, this report points out, it bears noticing that the FBI thugs rounding up these thought crime “domestic terrorist” protesters were revealed to have been involved in at least five cases where they incited the crimes they charged innocent people with—saw the Justice Department Inspector General documenting abuses of power and deceit by FBI officials in the Hillary Clinton or Trump investigations, but not a single FBI official has spent a day behind bars—and after FBI Assistant General Counsel Kevin Clinesmith admitted falsifying key evidence to get a FISA warrant to spy on the Trump presidential campaign, Federal Fudge James Boasberg gushed with sympathy at the sentencing hearing stating: “Mr. Clinesmith has lost his job in government service—what has given his life much of its meaning”, then he gave Clinesmith a wrist slap of 400-hours of community service and 12-months of probation.

In stark contrast to FBI Assistant General Counsel Clinesmith being gushed over by a Federal judge and given a wrist slap for committing this gravest of crimes, this report notes, this week it saw US Army reservist Colonel Patrick Leduc (who next week will be deployed to the Middle East for his third tour) fighting back tears as he declared: “Paul Hodgkins is not my enemy”—a declaration Colonel Leduc made as he left the courthouse where he defended Paul Hodgkins, who committed the crime of spending roughly 22-minutes in the US Capitol on 6 January, where he entered the Senate chamber, hoisted a “Trump 2020” flag, took some selfies, and left—a so-called crime rendered into insignificance when compared against a high-level FBI official fabricating evidence and presenting it to a federal court—though when Obama appointed Federal Judge Randoph Moss accepted this young man’s guilty plea, he screamed at him for daring to hold a “Trump 2020” saying: “The symbolism of that act is unmistakable…He was staking a claim on the Senate floor, declaring his loyalty to a single individual over a nation”—after which this maniacal Obama judge threw this young man, who never committed a single crime in his life, into prison for 8-months—and in words reminiscent of the sort of Soviet-style confessions beaten out of political dissidents the world over, then saw this Obama judge ordering this young man to declare: “Joseph R. Biden is rightfully and respectfully the president of the United States”.

As to why this young man pled guilty to these made up charges, this report details, is because of what faced him if he didn’t—which is a cruel and barbaric fate facing those 6 January protesters jailed in hell-hole dungeons still refusing to submit—best described by Attorney Joseph McBride, who’s documented how these protesters are brutally beaten daily, starved, stripped and humiliated by guards, with one of them already having lost an eye—the shocking horror of which has now caused famed Super Lawyer Sidney Powell to announce that she will join a major movement to assist the 6 January political prisoners and their families.

This report concludes by noting that socialist leader Biden’s loyal forces at the leftist Washington Post are daily declaring such vile things like: “The only effective way for the government to respond to an act of war by domestic terrorists is to be prepared to meet them with machine guns and flamethrowers and mow them down…Not one of those terrorists who broke through police lines on January 6 should have escaped alive”—and in his Gulag Archipelago masterpiece for the ages, it saw world renowned Soviet dissident Alexander Solzhenitsyn, likewise, describing the vast public outrage that went along with a prominent Soviet show trial of accused protesters: “There were universal meetings and demonstrations, including even school-children…It was the newspaper march of millions, and the roar that rose outside the windows of the courtroom was: ‘Death! Death! Death!’”.  [Note: Some words and/or phrases appearing in quotes in this report are English language approximations of Russian words/phrases having no exact counterpart.]