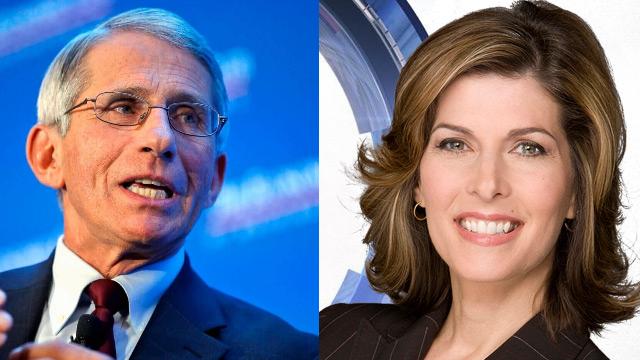 We’ve written on this before and provided video evidence that Dr. Anthony Fauci, the Center for Disease Control, the Food and Drug Administration and the corporate-owned Mockingbird media lied and peddled false information a decade ago, but does anyone remember the lie of Fauci and the CDC and the phony epidemic that was exposed by investigative journalist and former CBS reporter Sharyl Attkisson?

I wrote this article several years ago. I repost it now, because it goes to the credibility of the CDC, Fauci, and the monstrous stance of the medical establishment on epidemics.

Over the last 30 years, I’ve documented many crimes of the CDC; this one is epic:

I take you back to the summer of 2009, when the CDC and the World Health Organization were hyping the “deadly H1N1 Swine Flu pandemic.”

They were, of course, also urging people to take the new Swine Flu vaccine. On that subject, here is an excerpt from Robert Kennedy Jr.’s article at Children’s Health Defense (3/27/20):

“For example, Fauci once shilled for the fast-tracked H1N1 influenza (‘swine flu’) vaccine on YouTube, reassuring viewers in 2009 that serious adverse events were ‘very, very, very rare.’ Shortly thereafter, the vaccine went on to wreak havoc in multiple countries, increasing miscarriage risks in pregnant women in the U.S., provoking a spike in adolescent narcolepsy in Scandinavia and causing febrile convulsions in one in every 110 vaccinated children in Australia—prompting the latter to suspend its influenza vaccination program in under-fives.”

However, that is only half the Swine Flu story. The other half—which involves an astounding CDC hoax—was surely something Fauci was aware of at the time.

Fauci was, in fact, recommending a highly dangerous vaccine for protection against AN EPIDEMIC THAT DIDN’T EXIST AT ALL.

His friends and professional colleagues at the CDC were creating the hoax.

In the summer of 2009, the CDC was claiming there were thousands of Swine Flu cases in the US. But behind these statistics lay an unnerving secret. A major crime, considering the CDC’s mandate to report the truth to the American people:

Secretly, the CDC had stopped counting cases of Swine Flu.

The routine lab testing of tissue samples from the most likely Swine Flu patients was coming back, in the overwhelming percentage of cases, with: NO SIGN OF SWINE FLU OR ANY OTHER KIND OF FLU.

Attkisson wrote an article about this scandal, and it was published on the CBS News website. However, the next, bigger step—putting out the story on CBS television news—was waylaid. No deal. And CBS shut down any future investigation on the subject. Attkisson’s article died on the vine. No other major news outlet in the world picked up her article and ran with it deeper into the rabbit hole.

Here is what Attkisson told me when I interviewed her:

Rappoport: In 2009, you spearheaded coverage of the so-called Swine Flu pandemic. You discovered that, in the summer of 2009, the Centers for Disease Control, ignoring their federal mandate, [secretly] stopped counting Swine Flu cases in America. Yet they continued to stir up fear about the “pandemic,” without having any real measure of its impact. Wasn’t that another investigation of yours that was shut down? Wasn’t there more to find out?

Attkisson: The implications of the story were even worse than that. We discovered through our FOI efforts that before the CDC mysteriously stopped counting Swine Flu cases, they had learned that almost none of the cases they had counted as Swine Flu was, in fact, Swine Flu or any sort of flu at all! The interest in the story from one [CBS] executive was very enthusiastic. He said it was “the most original story” he’d seen on the whole Swine Flu epidemic. But others pushed to stop it [after it was published on the CBS News website] and, in the end, no [CBS television news] broadcast wanted to touch it. We aired numerous stories pumping up the idea of an epidemic, but not the one that would shed original, new light on all the hype. It was fair, accurate, legally approved and a heck of a story. With the CDC keeping the true Swine Flu stats secret, it meant that many in the public took and gave their children an experimental vaccine that may not have been necessary.

But that wasn’t end of it. The CDC wanted to commit another crime. About three weeks after Attkisson’s findings were published on the CBS News website, the CDC, obviously in a panic, decided to double down. If one lie is exposed, tell an even bigger one. A much bigger one.

Are your eyeballs popping? They should be.

And who would believe anything coming out of the mouth of Dr. Anthony Fauci?

Indeed. However, we are even more foolish because we know they have lied for years and yet, we have brought zero justice against them and their accomplices in government and the Mockingbird media. So, what’s it gonna be? Enabling these criminals to commit more crimes or bring them to justice and secure our liberties?