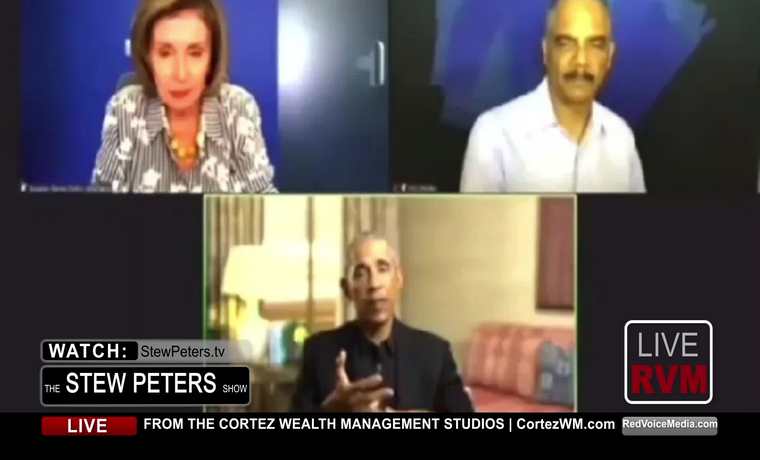 Stew Peters found this little Zoom meeting between Barack Hussein Obama, Nancy Pelosi and Eric Holder, which seems to be a signal to ANTIFA and militant BLM activists to being their anarchy in the streets of America, should the Arizona audit produce the REAL OUTCOME!

The globalists are revealing their true colors right in front of the world.

It is not ignorance, it is deliberate deception! Note that ALL Democrats got the memo, likewise the MSM, none dare even use the word Republic, it is verboten, as they are attempting to create a narrative, one in which the Republicans are bad and against democracy and as such, a Republic is bad, we need a new Constitution! If you can rig votes for mindless Biden to win, what other votes can you rig? A true democracy, being mob rule and they controlling what the mob says, concentration camps can’t be far behind!