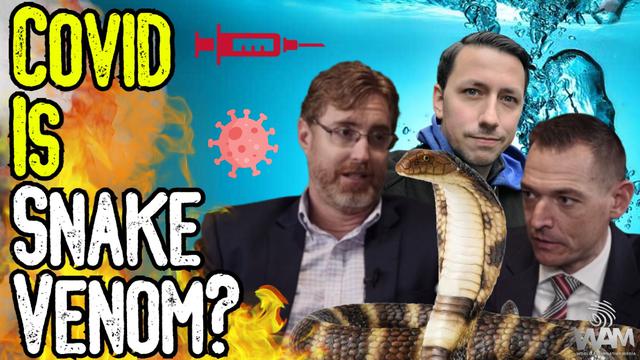 Josh Sigurdson reports on the new viral documentary “Watch The Water” as it goes viral on most platforms in a way we haven’t seen since ‘Plandemic’ in 2020.
Stew Peters interviewed Dr. Bryan Ardis, an extremely interesting man who has been speaking out against remdesevir for quite some time. The Doctor explains his ground breaking theory on snake venom actually being what we know as covid in a massive biological weapon experiment pushed unto the masses in the tap water.
The documentary mentions several shockingly interesting correlations and without a doubt makes us think. But there are many ways the documentary falls short. There are many things that aren’t explained and there are many things that are simply conjecture.
In this video, we explain our immediate thoughts on the documentary and why there’s more to the story.
While the snake venom theory is clearly something that is at least partially true, the extent is in question here.