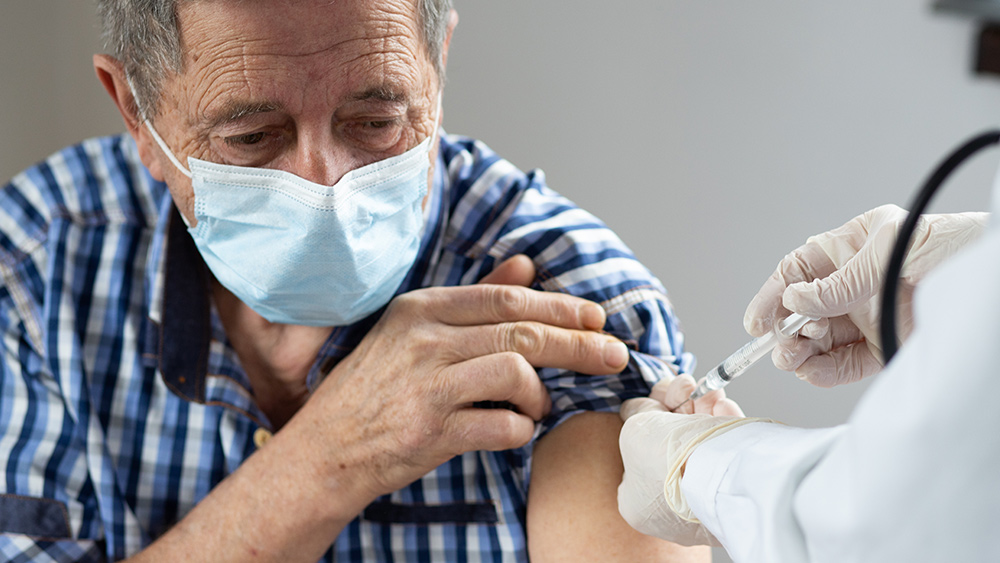 A groundbreaking postmortem study on the corpse of a man who had been vaccinated with an mRNA COVID-19 vaccine prior to his death revealed that every organ in the 86-year-old’s body was infested with spike proteins thanks to the jab.

This is according to an article that was published in the June 2021 edition of the International Journal of Infectious Diseases entitled, “First case of postmortem study in a patient vaccinated against SARS-CoV-2.”

In the journal, German researchers describe what they found in a post-mortem study of an 86-year-old man who lived in a retirement home and had been given one dose of the Pfizer COVID-19 vaccine. The man had a history of high blood pressure, dementia, prostate cancer and chronic venous insufficiency but was asymptomatic before getting the shot.

Two weeks afterward, he collapsed while having breakfast; he went to the hospital three days later with progressively worsening diarrhea. His health deteriorated quickly from there and he passed away just four weeks after getting the Pfizer vaccine.

The study’s authors note that the man had tested negative for COVID-19 when he arrived at the hospital and did not have any symptoms while there, but he did test positive for it the day before he died. The researchers theorized that he had been infected by a patient with whom he shared a hospital room.

The researchers also noted that his cause of death was officially listed as being acute bronchopneumonia and kidney failure, even though his tissues did not have any “characteristic morphological features of COVID-19.”

The most concerning part of their study was the fact that tests found SARS-CoV-2 in nearly every organ tested, including the man’s brain, lungs, trachea, kidney and heart. In short, his whole body was overrun with high loads of vaccine-induced spike proteins, or viral RNA.

This prompted the authors to conclude that the first vaccination may create a strong immune response, but it does not lead to sterile immunity, which means that the immunity that the vaccine gives a person does not completely prevent SARS-CoV-2 from causing disease. The vaccine did trigger an immune response in the man in question, but it did nothing to stop the virus and the spike proteins from spreading and causing his organs to fail.

For vaccines to achieve sterile immunity, they need to trigger the immune system to generate neutralizing antibodies that target and neutralize pathogens. Several medical research publications have shown that the mRNA vaccines currently available do not provide this level of effectiveness. That much has been quite clear as we see more and more fully vaccinated individuals experiencing so-called breakthrough cases.

Although this is just one study, many experts believe that this will become a common finding as we continue to go through the pandemic. The study’s authors wrote: “Comprehensive analysis of autopsy data must be performed to provide more detailed insights into lethal adverse effects and any deaths associated with vaccination.”

Unfortunately, many doctors are afraid to question the narrative as those who have raised important questions about the effectiveness of vaccines have been mocked, shunned, blacklisted and threatened with potentially losing their license. On social media, simply mentioning a doubt you have about the vaccines or a side effect that you may have experienced after a vaccine is enough to have you silenced.

While we would all like to believe that the COVID-19 vaccines are safe and effective and could put this pandemic to rest once and for all, that simply is not the reality that we are seeing right now, and it is important to have a better understanding of what these shots are doing to people instead of blindly insisting that the whole world complies and threatening people with social isolation for not doing so.