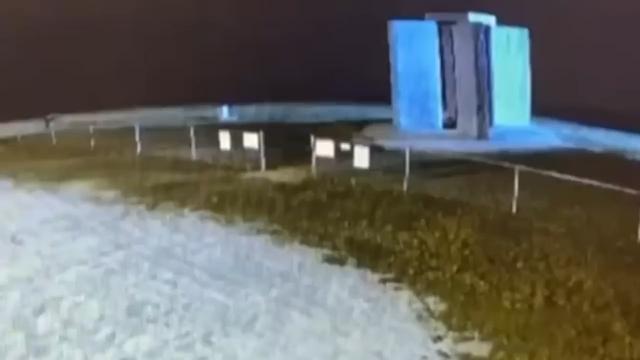 This was their headline not mine. Mine would have not been anything like their headline. What did they do? Get one of those crappy cameras out of storage from the fake 1960s and 1970s moon landings? You can get a decent (100 times better than this) camera for $50. This is bullshit. I am beginning to believe what some are saying, that this is a psyop. A ring doorbell would beat this crap. Here is what the GBI says:
This video shows someone approach the Georgia Guidestones during the early morning hours of July 6, 2022 and place an explosive device. The video was taken by a time-lapse camera, but has been slowed down here to “real time.”
You can’t tell anything from this crap. Why even release it? I smell something foul here.