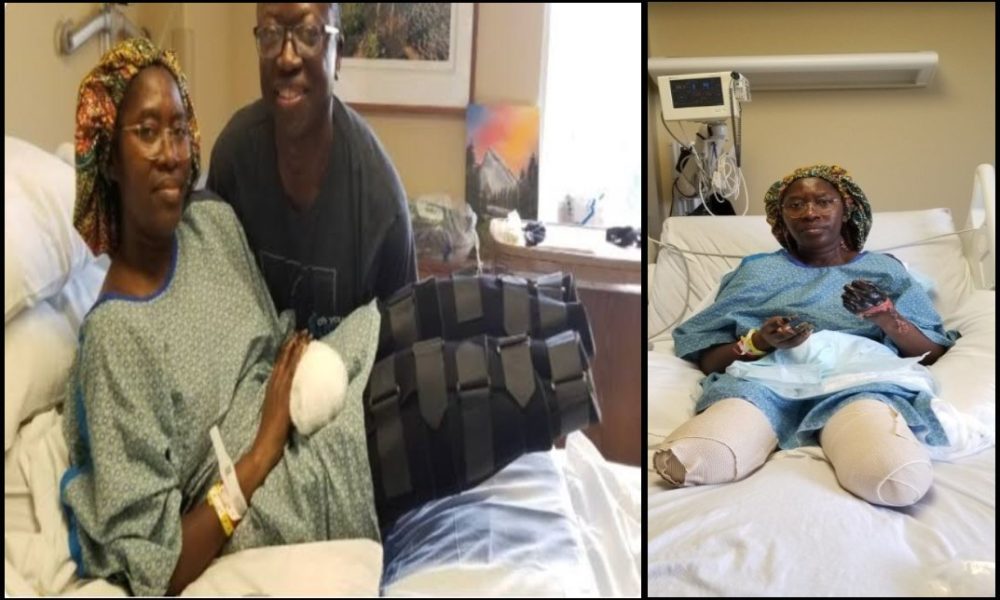 Jummai Nache, and her husband, Philip Nache, were born in Nigeria and came to the U.S. to settle in Minneapolis a few years ago, working with the Southern Baptists to plant churches among the African communities living in Minneapolis.

They were reportedly forced to leave Nigeria due to the “Boko Haram terrorist group,” and eventually ended up in Minneapolis serving as missionaries with the Southern Baptists.

Tragically, it appears that the Naches have adopted many of the American Christians’ values here in the U.S., which includes participating in and trusting the corrupt medical system.

Jummaci was working as a medical assistant in a clinic in Minneapolis and was instructed to take the COVID-19 “vaccines.”

She complied, and immediately after getting the second injection, according to her husband, “she started to experience chest pain at work.”

Things went down hill fast after that, as the all-too-familiar symptoms of blood clots, a known side effect of the Pfizer COVID-19 shots, were found in her heart, and today she has had both legs amputated, and will also have to have both of her hands amputated.

Her case is supposedly “rare,” as her husband reports that after the CDC and “70-80” doctors investigated her case, and reported back to him:

the CDC sent us a letter of their conclusions which stated that Jummai was infected with MIS-A and covid-19, but they cannot conclude whether the covid-19 vaccine contributed for now.

Her entire story is published on their GoFundMe account, written by her husband, where they are trying to raise money for their medical expenses.

Having covered hundreds of deaths and crippling injuries following these COVID-19 shots now, I must admit that this one really hit me hard emotionally, especially seeing her photo.

I was immediately reminded of the verse in the Bible from Hosea 4:6 which states: “My people are destroyed from lack of knowledge.” . . .