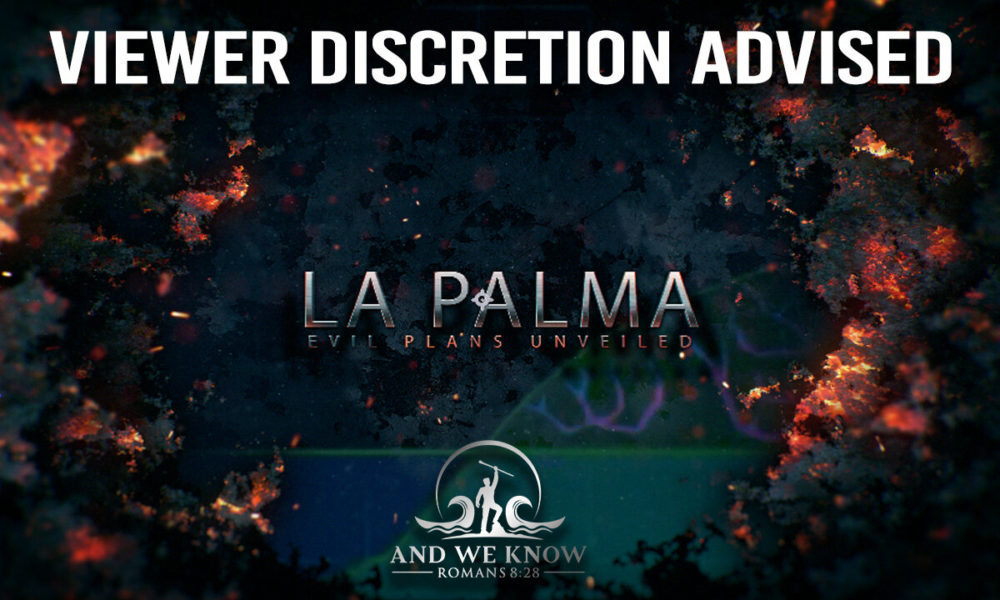 The Evil Must Be Exposed! Do Not Fear! We Live in Extraordinary Times! Pray! – AWK Must Video

Early in September, a massive earthquake swarm was reported around the volcanic island of La Palma in the Canary Islands of Spain.

According to the Volcanological Institute of the Canary Islands (INVOLCAN), these tremors could be caused by slowly rising magma in the area.

An earthquake swarm refers to a sequence of seismic events occurring in one area within a short period of time.

INVOLCAN recorded more than 700 to at least 1,000 small earthquakes on La Palma near Cumbre Vieja volcano since last Saturday, Sept. 11. The largest rumble, which registered a 3.4 on the Richter scale, was reported by the Institute on Tuesday morning, Sept. 14.

Most quakes are shallow and happen five to 7.4 miles down, suggesting that new magma is rising in the area.

INVOLCAN warned that the current seismic swarm hints at a “significant change in the activity of the Cumbre Vieja volcano.” The tremors may also be linked to a process of “magmatic intrusion” beneath the island of La Palma, cautioned the institute.

Because of the recorded tremors and the alarming increase in seismic activity, the Canary Islands Government initiated the Special Plan for Civil Protection and Attention to Volcanic Risk Emergencies (PEVOLCA) in La Palma or the Cumbre Vieja area.

The Spanish Ministry of Public Administrations, Justice and Security also reported that the decision was adopted by the Scientific Committee of PEVOLCA after it gathered members to evaluate the situation. The Alert Plan was activated for El Paso, Fuencaliente, Los Llanos de Aridane and Villa de Mazo, resulting in the change of the traffic light from green to yellow for the listed municipalities.

The yellow alert is the second of four levels and it was enforced in certain areas around the volcano. Under the yellow alert, civil protection officials must inform the public “to take precautions ahead of a possible volcanic eruption,” read the PEVOLCA emergency plan.

According to officials, the “highest levels of Helium-3 detected in 30 years” in the volcanic ridge was a detonator.

Cumbre Vieja, which is Spanish for “Old Summit,” is an active but dormant volcanic ridge on the volcanic ocean island of La Palma located in the Canary Islands. Cumbre Vieja already erupted twice in the 20th century: First in 1949 and again in 1971.

In 1949, an eruption at the Cumbre Vieja volcano lasted 37 days from June 24 to July 30. Reports say that the eruption ejected ash and bombs at intervals from minutes to hours.

The maximum intensity of the entire eruption occurred around July 19, when lava fountains up to 30 meters high formed at Llano del Banco.

In 1971, an eruption began from vents south of Fuencaliente at a location where the strongest seismic precursors to the 1949 eruption from June to July occurred. Seismicity (the measure of the frequency of earthquakes in an area) preceding the 1971 eruption was strongest near Fuencaliente. The town was evacuated 10 days before the eruption.

Despite the hundreds of recorded tremors, experts claim that the chances of an eruption by La Palma harming locals in the area are slim.

Nemesio Perez, Director of INVOLCAN, said that citizens and vacationers still in the area could resume their everyday lives since in 80 percent of cases, the processes remain underground and don’t cause a volcanic eruption.

Authorities are moving from a situation of normality to “one of alert,” he added. Perez noted that locals should monitor information issued by the authorities due to the possibility of volcanic activity.