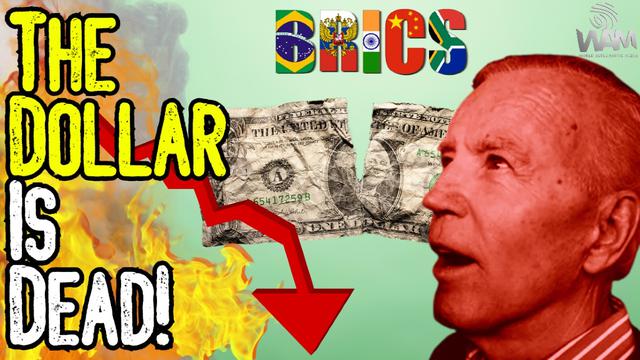 Josh Sigurdson reports on the coming collapse of the dollar as interest rates are hiked, inflation still runs rampant and countries around the world move into the new BRICS world reserve currency system based on a cashless basket of global currencies including countries like China, Russia, India and even Saudi Arabia.
In this video, we break down how inflation and recession affect the populace as well as how they utilize these massive monetary problems that they’ve created themselves in order to force us into a new technocratic cashless system based in CBDCs as countries worldwide prepare for the cashless system in the year 2023.
This is going to be one of the most consequential periods of modern human history as we walk into the mouth of the beast and decide our own fates based on our level of personal preparedness.