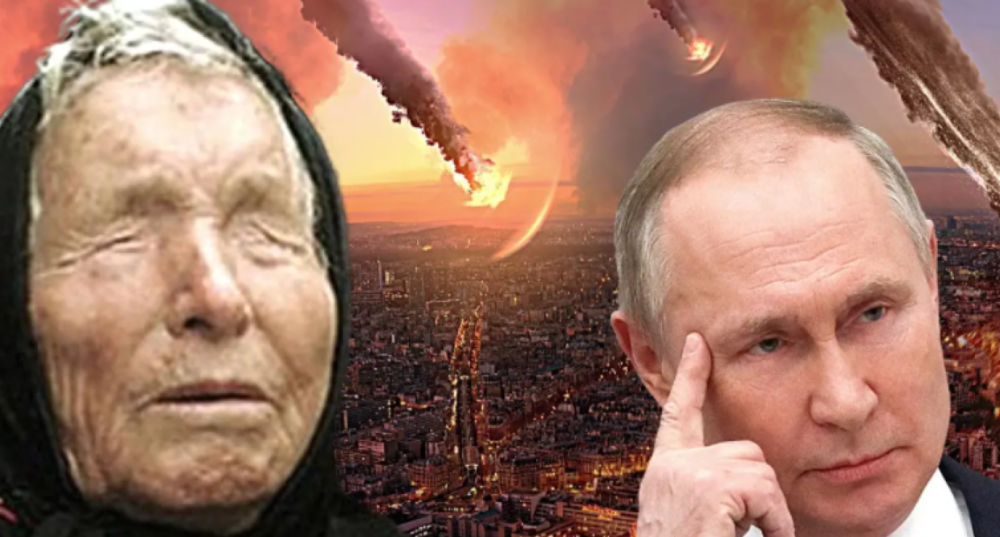 Shocking Prediction! ‘Russia Would Become Lord Of The World’: Here’s What Baba Vanga Predicted About Putin

With Russia taking on the West and launching a military offensive in Ukraine, a prophecy of the blind mystic seemingly about Putin has gone viral.

Clairvoyant mystic Baba Vanga, who had accurately predicted a number of events in the past including the assassination of Indira Gandhi and the 9/11 attack on the world trade center in New York, had said that Russian President Vladimir Putin will one day rule the world

With Russia taking on the West and launching a military offensive in Ukraine, a prophecy of the blind mystic seemingly about Putin has gone viral on social media. According to Baba Vanga, Putin will one day ‘rule the world’ and nobody could stop Russia from becoming the ‘lord of the world’.

Russia would become the “lord of the world” whereas Europe would become a “wasteland”, Baba Vanga told writer Valentin Sidorov. “All will thaw, as if ice, only one remain untouched – Vladimir’s glory, the glory of Russia,” she said in a possible reference to Putin, adding,  “Too much it is brought in a victim. Nobody can stop Russia.”

Who is Baba Vanga?
In the Bulgarian language, ‘Baba’ means maternal or paternal grandmother. Vanga was born in January 1911 in a village in Bulgaria. She was a religious leader and a herbal doctor.

At the age of 12 years, she had lost her vision due to an accident.

Nicknamed the ‘Nostradamus of the Balkans’, Baba Vanga has made several prophecies. The mystic claimed that after losing her eyesight at a very young age, she discovered her ability to foresee the future.

Vanga has made prophecies dating thousands of years into the future till 5079, with people still seeking her wisdom. Forecasts of the Bulgarian mystic who died in the year 1996, have a success rate of 85%, reports have claimed.

Russia-Ukraine war
For weeks, Moscow massed over 150,000 troops on Ukraine’s borders in a bid to pressurise Western nations to not allow Ukraine to join NATO.

Ultimately, on February 24, Kremlin, on the pretext of ‘special military operation’ and with an aim to ‘demilitarise’, ordered its armed forces to carry out a full-fledged invasion of Ukraine.

Citing his reason as Kyiv’s failure to establish ‘talks’ with Moscow, Putin directed the Russian Army to launch heavy missile strikes and explosions across the country.

Ukraine has refused to surrender and continues to hold up resistance.