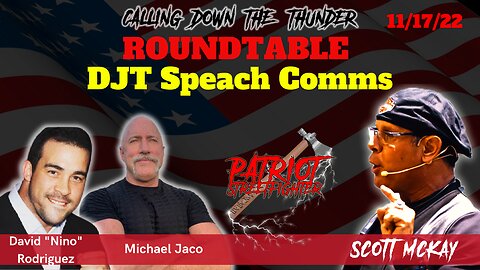 What is the Real “Crime of the Century?” The most powerful Sword President Trump could ever wield on the Diabolical Deep State and their MSM ? It’s a subject that President Trump and everyone else stays away from; As if even announcing it’s truth, would give the Town Crier Leprosy. However, opportunity often comes disguised as misfortune, and I believe this is an opportunity that would become a Trump-Card to bring down the oldest Kabbalah in history—The Synagogue of Satan.

The Patriots all know we are not on a level playing field with this information War, and [BioClandestine] knows this better than most; because our Patriot Army is so severely handicapped by the complete monopoly of MSM spinning out their lying Optics and pathetic virtue signaling ; how about we sharpen our pens like a dagger and stick them with their most EVIL deed of all? Play the same game MSM tries to with all their anemic lies—but using a [MrTruth Bomb] so devastating they could never spin it, no matter how hard they try, we’d watch them like rats abandoning their sinking wooden ship. So why are we handicapping ourselves? By staying completely away from what has to be, what truly must be— the “Crime of the Century.”

[X22 Report] talks about the importance of “optics” in a so called “information War.” Of course “Optics,” is an important front-line of Political warfare, however are we missing something vital; which takes advantage of one of our greatest strengths with the American people? The Truth! That shines it’s exposing Light on the sleight of hand God’s enemy—Lucifer, who always uses it to lead our warriors away from the real front-line. A battlefront which has become the “thin red-line,” so why do we allow the Luciferian Left to keep us looking away? From the millions of innocent murders they have committed, and continue to commit on the human race—worldwide.

I believe not reconciling this unspeakable crime is.